A nature-friendly green trail stretching from Lambeth North to Burgess Park via Elephant & Castle was launched this weekend. 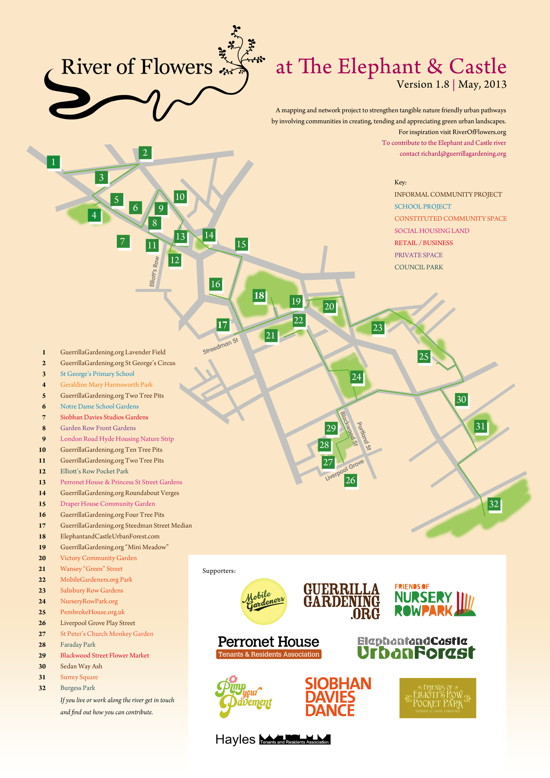 The Elephant & Castle River of Flowers joins up 32 green spaces, from flowerbeds tended by guerrilla gardeners on traffic islands at Morley College and St George's Circus in the north west to Burgess Park in the south east.

The Elephant & Castle trail is part of an international River of Flowers initiative which seeks to encourage urban meadows which provide floral forage for bees, butterflies and other insect pollinators.

Guerrilla gardener Richard Reynolds has mapped the green spaces around the Elephant & Castle and registered them as one such 'River'.

"I am seeking further support from other like-minded individuals, primarily to raise awareness of this river so that it is nurtured and appreciated, but potentially also funding," he said.

Richard Reynolds added: "Regardless of the council's indifference the river flows regardless, it'd just be great to make it a torrent!"