London Bridge Station roof to be rebuilt in Aberystwyth

Part of the recently demolished roof of London Bridge Station is to be incorporated into a new museum building at a narrow-gauge railway in Aberystwyth, West Wales. 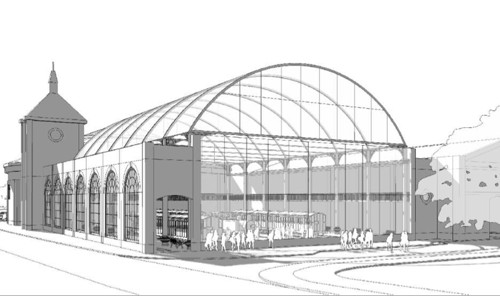 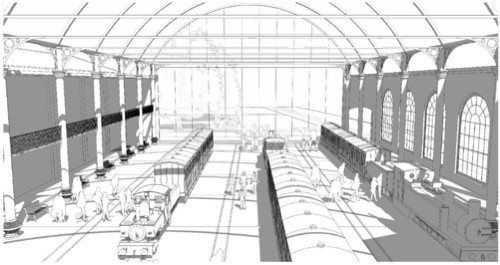 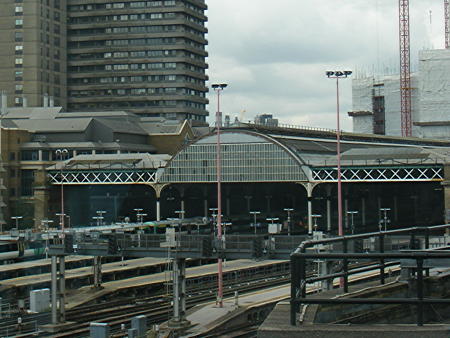 The roof of London Bridge Station before demolition

Under the terms of the planning permission for the redevelopment of London Bridge Station, Network Rail promised Southwark Council that it would save up to 10 columns and their associated spandrels from the trainshed roof above the terminus platforms on the southern side of the station.

Now the rail company has revealed that more of the roof than expected has been recovered intact.

16 columns and spandrels and 14 elliptical beams along with other elements of the main barrel roof arches will be incorporated into the design of a new locomotive museum at the Vale of Rheidol Railway's Aberystwyth terminus.

The Vale of Rheidol Railway is a 12-mile narrow gauge line running between Aberystwyth and Devils Bridge.

"This great news has been possible because many people, from many organisations, have been working together," said Chris Drabble, senior sponsor of the London Bridge project at Network Rail.

"Up until the actual structures were lifted, we were never sure if any of this would be technically possible, so all of the teams can be really proud of what they have achieved."

Robert Gambrill, spokesman for the trust which owns the Vale of Rheidol Railway, said:
"It has been a pleasure to work with such a dedicated team from Network Rail; their care and attention to detail has ensured as much of the structure as we need has been saved.

"Without their co-operation none of this would have been possible. We all look forward to unlocking the potential of our collection and seeing the Vale of Rheidol becoming a world class tourist attraction for Wales."

In 2011 the Railworld attraction in Peterborough offered a new home for the station roof on the bank of the River Nene but that plan fell through when it became clear that the structure could not be safely accommodated below the high-voltage power lines that cross the site.