Five Australian cricketers took part in an Ashes warm-up on a Thames barge near Tower Bridge on Thursday afternoon. 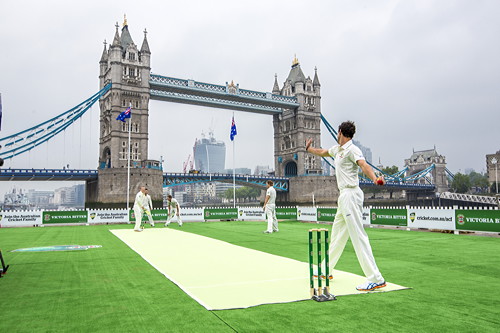 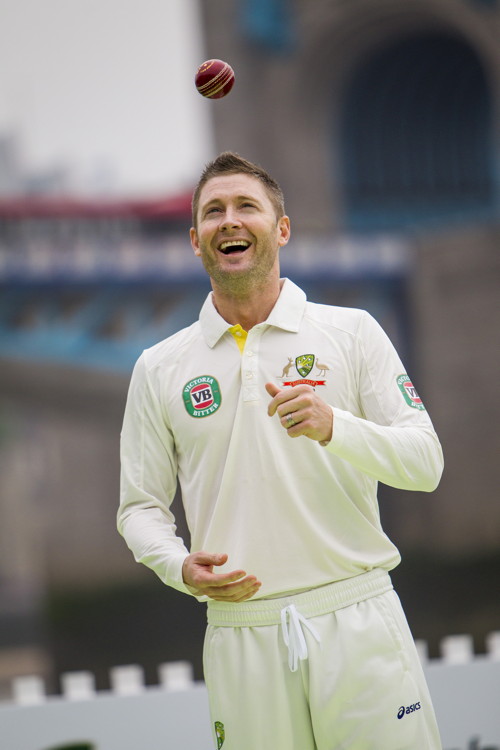 Michael Clarke, Shane Watson, Chris Rogers, James Faulkner and Mitchell Starc took to the Thames ahead of the first Ashes Test of the VB Tour of England which starts on 10 July at Trent Bridge.

"There's no doubt the Ashes is the greatest rivalry in cricket and to have two series in a year is a great opportunity for fans and players," said Michael Clarke.

"We've come to London aware of the huge challenge in the coming months."

Rogers added: "It's a real honour to be a part of an Ashes Series and we'll do the very best we can to return the urn to Australian soil."

Last summer golfers Sergio Garcia and Dustin Johnson took part in a similar stunt on the river, and nine years ago John McEnroe and Monica Seles played tennis on a Thames barge.