Crowds lined Tower Bridge and Butler's Wharf to watch Spain's Sergio Garcia and the USA's Dustin Johnson tee off from a Thames barge on Monday evening. 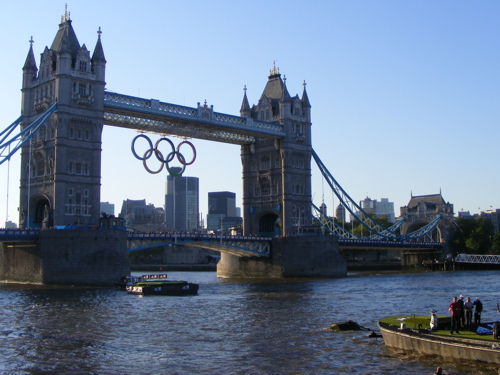 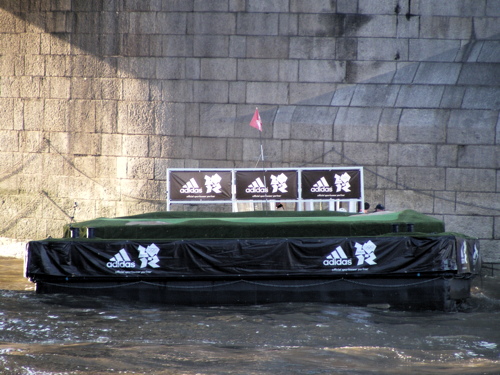 The floating green next to Tower Bridge 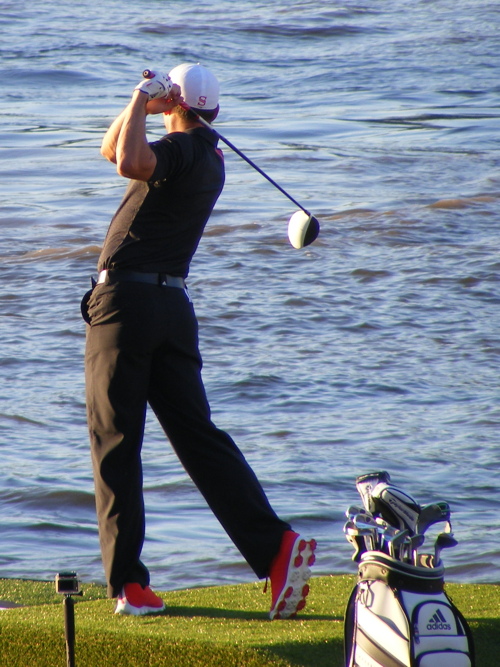 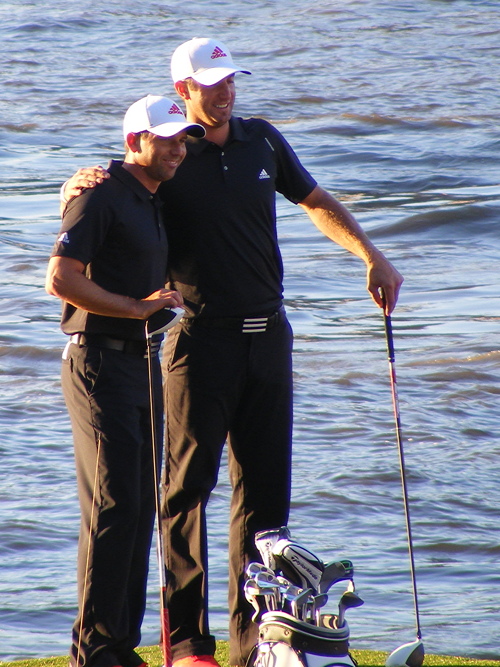 The stunt was staged by Olympic sponsors Adidas to mark the return of golf to the games in 2016.

Along with Mark King, chief executive of club manufacturer TaylorMade Golf, the duo were competing in a charity challenge to hit the ball to a green on another barge positioned just off Tower Bridge.

Adidas offered the players £1,200 for charity if they managed to land the ball on the green and £12,000 if they got a hole in one.