28 children from the Evelina London Children's Hospital transplant unit have returned from the annual British Transplant Games weighed down with 52 medals. 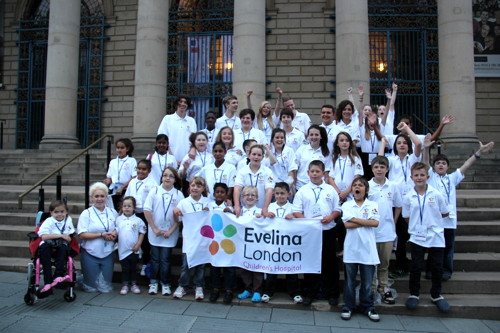 The 35th Transplant Games was held last week in Sheffield. Children who have had organ transplants – including kidney, liver, heart and lung – compete against around 16 teams from other UK hospitals.

Evelina London Children's Hospital took a team of children aged between four and 17 who have all had kidney transplants.

Eight-year-old Rian Snell had a transplant when he was four. He scooped best competitor in his age category (six-eight years old) with five gold medals.

Paediatric transplant nurse specialist Grainne Walsh and senior play specialist Cathy Gill, and, along with their team of dedicated volunteers, accompanied the Evelina VIPs to the Games.

Grainne said: "Many children go through a tough battle with their treatment after having a transplant, so these games and the awards they win are really a celebration of their lives. They have all made me very proud this year acting as incredible ambassadors for transplantation and for our hospital."

This year is Cathy Gill's twenty-first games with the children: "Organising the team involves a lot administration, but all the hard work is worth it when we're there and we see how happy they are. Even after all these years of being involved I still get goose bumps."

Earlier this month, two of Evelina's VIPs, 15-year-olds Emily Potter and Nicole Mackenzie, who both had a transplants when they were 11, represented the UK at the World Transplant Games held in Durban. Both brought back medals for Great Britain, with Nicole breaking seven world records in swimming.

Surgeons from Evelina London carry out a third of the UK's paediatric kidney transplants.