A new secondary school based in North Lambeth welcomed its first pupils on Monday morning. 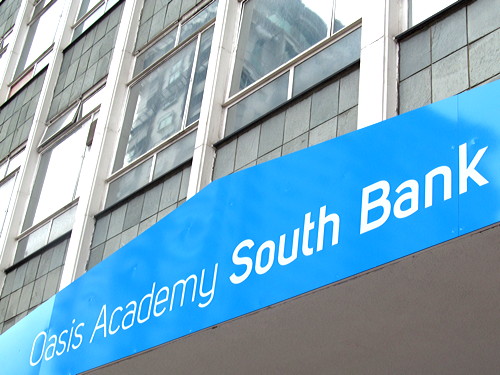 Oasis Academy South Bank has opened with 120 year 7 pupils and will expand year by year.

Launched by Waterloo-based charity Oasis, the academy – which is part of the Government's 'free school' initiative – is located at 75 Westminster Bridge Road.

The building, which forms part of the Oasis Centre, has been refurbished over the summer to make room for the school.

"For years, parents and carers have been calling for a 'world class' secondary school in Waterloo where each student is known and the whole child is nurtured and developed: emotionally, socially, culturally and of course academically," said principal Carly Mitchell.

"We believe that Oasis Academy South Bank is that school.

"We hope to form a bridge between the successful multi-national South Bank employers and the local Waterloo community; raising aspirations and joining these communities together."

Steve Chalke, founder of Oasis, said: "Oasis has always strived to give everyone equal access to life's best opportunities regardless of their starting points – that's why we've invested so much in education and community services over the years.

"We have always been proud of the history of our site in Waterloo and we are particularly excited about the opening of Oasis Academy South Bank today which will bring the very best of world-class education to young people of the local community."

Oasis already sponsors Waterloo's only primary school – Oasis Academy Johanna – and runs a food bank and a variety of youth services in the area.

Steve Chalke is also working to establish a new credit union in the area.