Hundreds of young people from schools in SE1 and beyond gathered in Southwark's two cathedrals on Friday morning for remembrance events as part of the nationwide INSPIRE project. 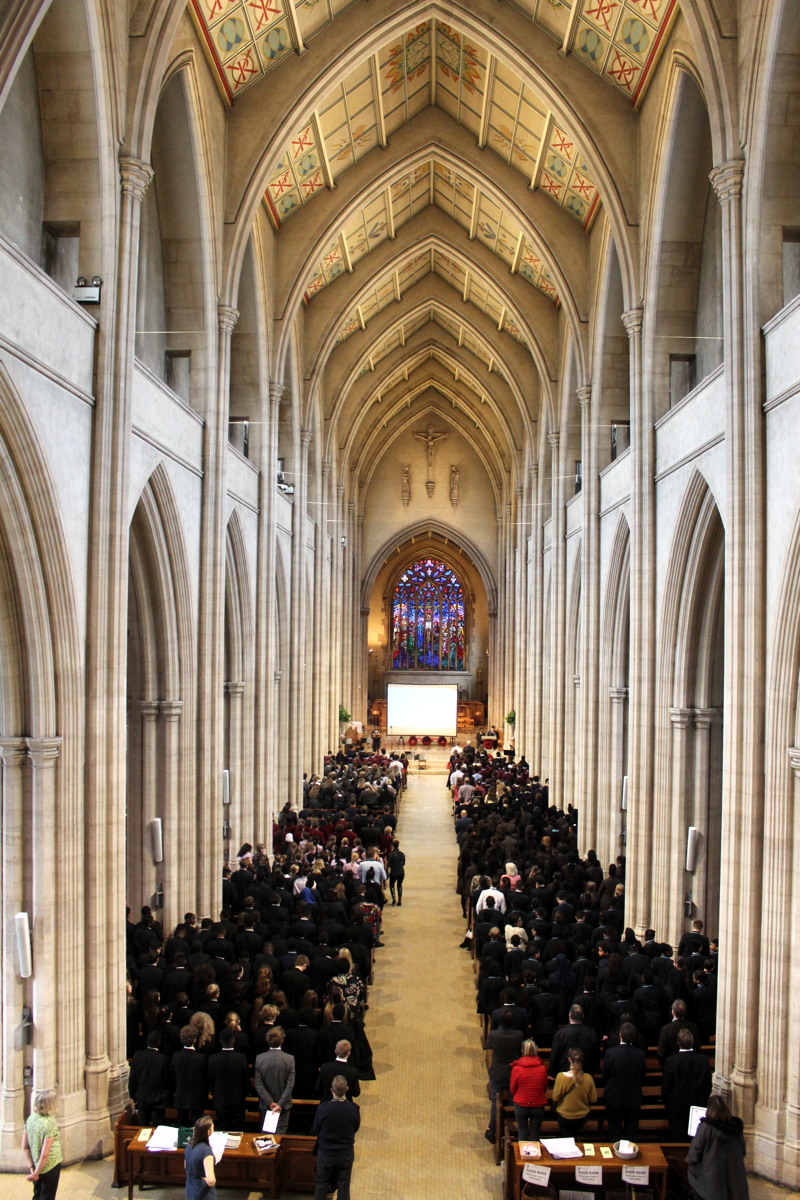 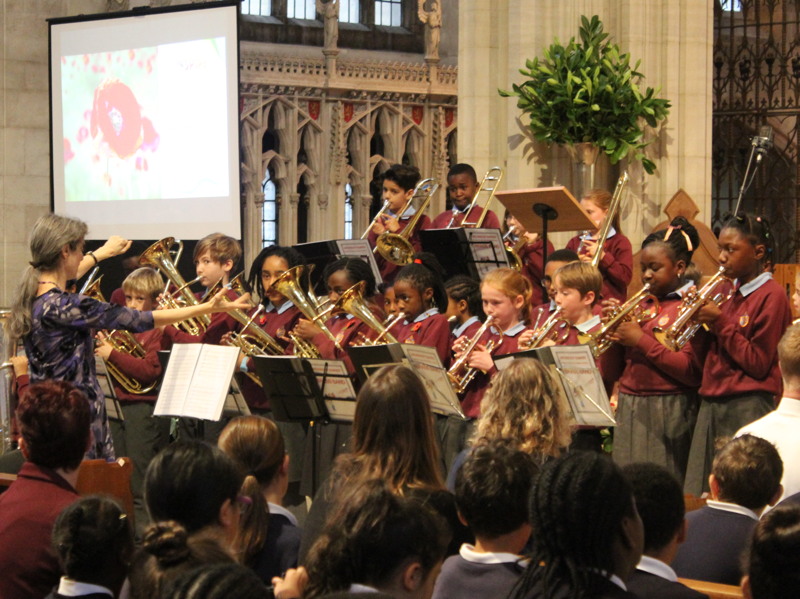 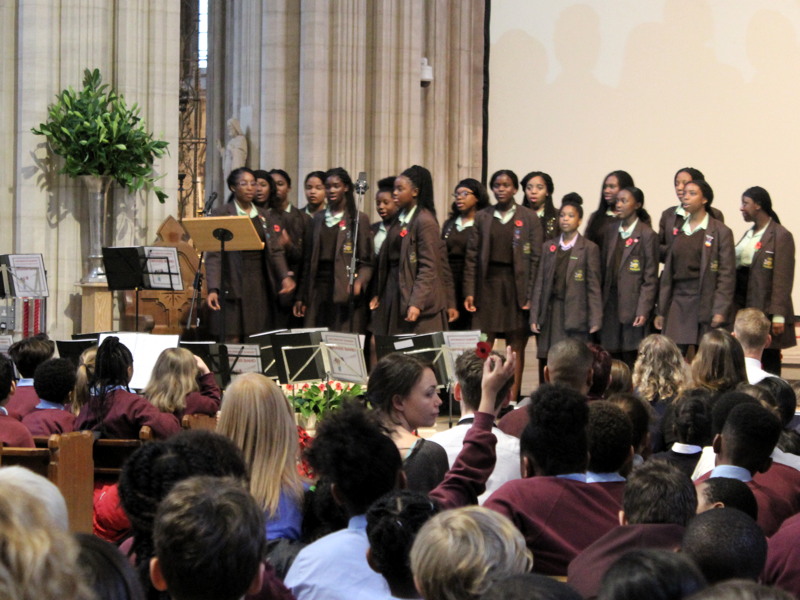 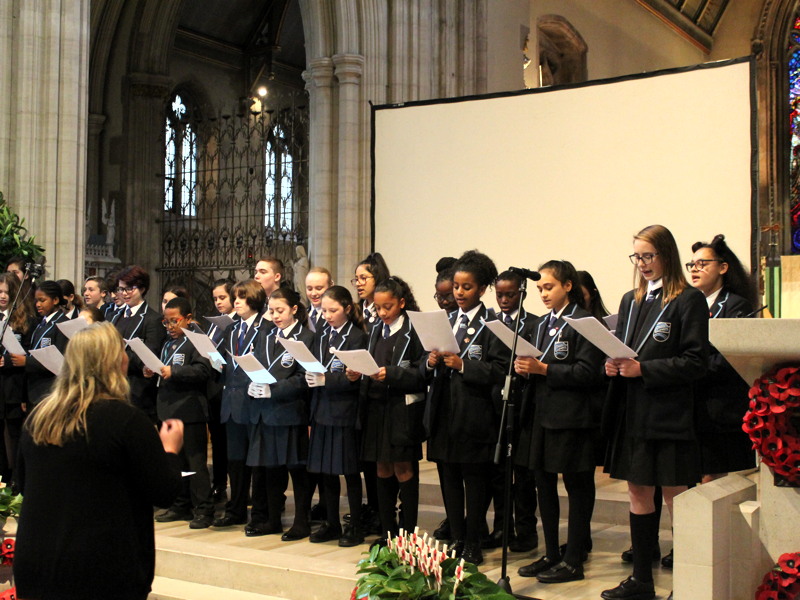 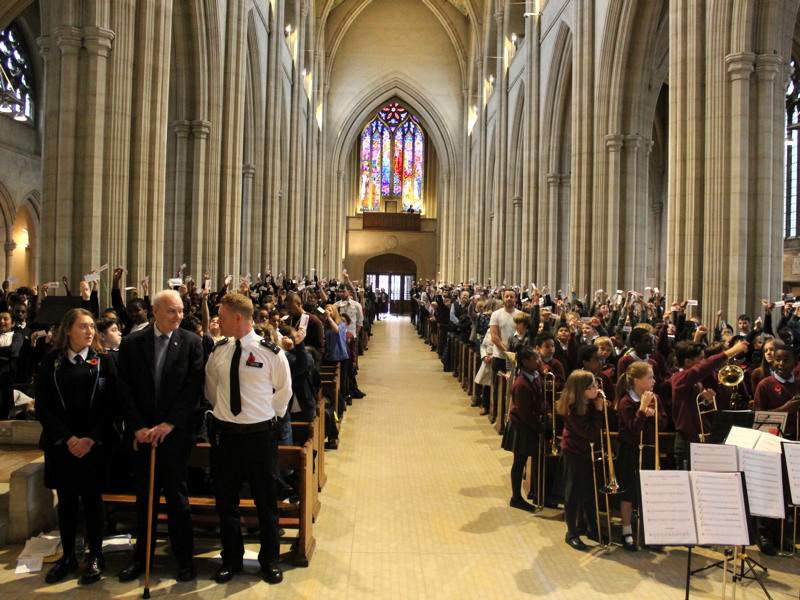 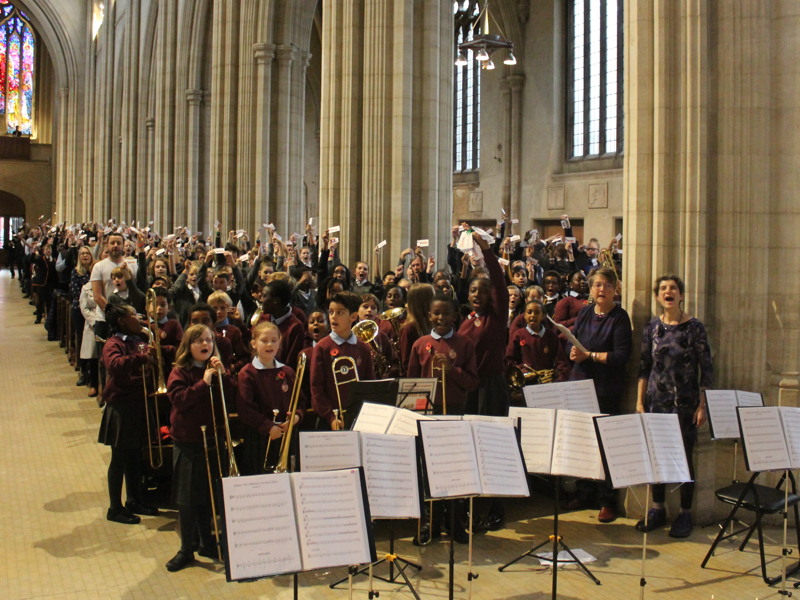 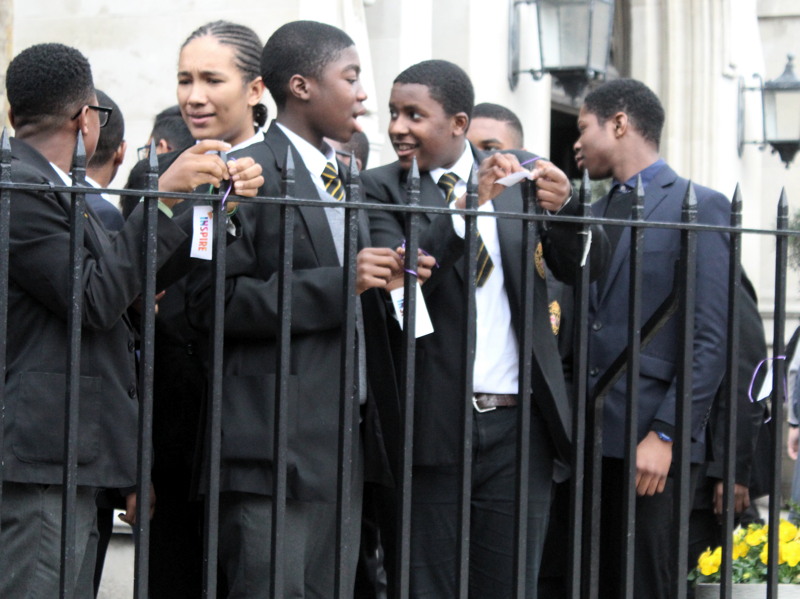 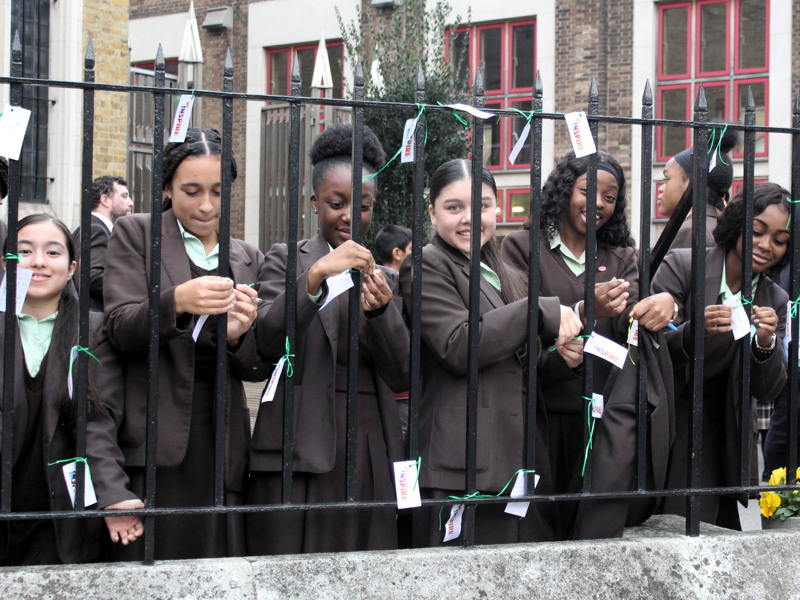 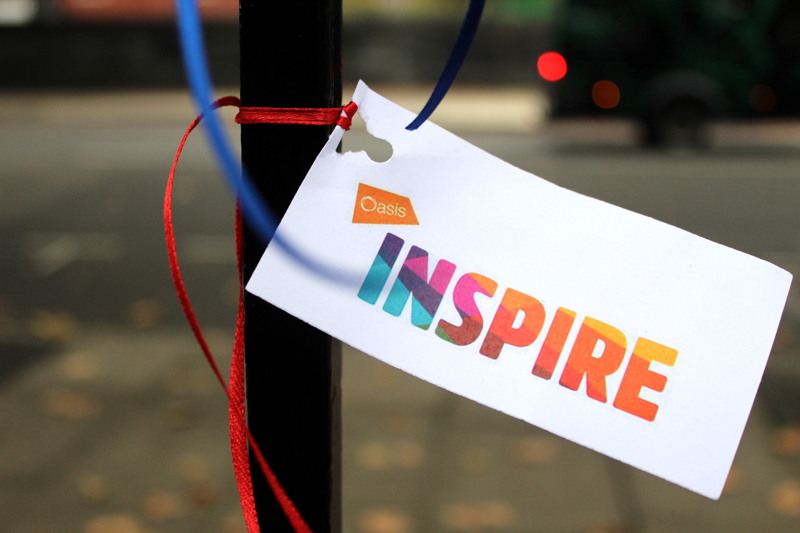 The INSPIRE project grew out of an initiative by the South Bank Churches group which organised a remembrance event for local young people in 2014 to mark the centenary of the start of World War I.

Four years on, to mark the centenary of Armistice Day 1918, the initiative has spread nationwide – under the leadership of the Waterloo-based Oasis charity – with places of worship across the UK hosting events for young people to reflect on the legacy of World War I and to make a commitment to peacemaking in their own lives.

The Roman Catholic St George's Cathedral and the Anglican Southwark Cathedral were just two of the venues around the country hosting INSPIRE events on Friday morning.

London Nautical School and Walworth Academy were among the 18 schools represented.

Everyone received a piece of card and a ribbon to write their own personal commitment to peacemaking, before attaching the card to the railings outside the cathedral.

• Find out more about INSPIRE at www.oasisinspire.org