Steve Chalke - founder of the Waterloo-based Oasis Christian charity - is one of five church leaders to be appointed as ecumenical canons of Southwark's Anglican cathedral. 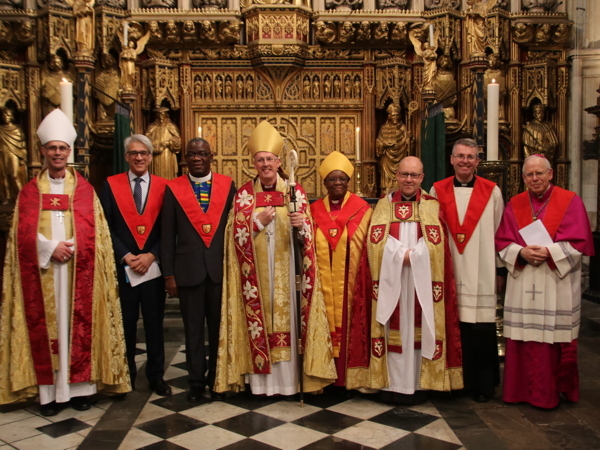 The five new ecumenical canons were instituted and installed by the Bishop of Southwark, Rt Revd Christopher Chessun, at Choral Evensong on Sunday afternoon.

Baptist minister Steve Chalke – founder of the Oasis group of charities – is among those to be given the honorary title.

He serves as the senior minister of Oasis Church Waterloo and as chair of South Bank Churches, an ecumenical partnership of churches in North Lambeth and North Southwark.

The other new ecumenical canons include the Rt Revd Paul Hendricks (an auxiliary bishop in the Roman Catholic Archdiocese of Southwark), Revd Les Isaac OBE (CEO at Ascension Trust and co-founder of Street Pastors), the Rt Revd Apostle Dr Donnett Thomas (senior pastor of Power of the Living Word Ministries International) and the Revd Anthony Currer (official for relations with Anglicans and Methodists in Rome).

Bishop Christopher said: "I am delighted that these very distinguished church leaders from other denominations have felt able to accept my offer to become ecumenical canons of Southwark Cathedral.

"We are privileged to welcome them to the heart of the Diocese of Southwark and we are proud to be associated with their important ministries."

The Very Revd Andrew Nunn, Dean of Southwark, said: "I am so pleased that our new statutes allow for the appointment of ecumenical canons to share in our life.

"They will bring with them a breadth of knowledge and experience which will be very valuable to the Cathedral and I hope that they will each see their appointment as a sign of the willingness of the Cathedral community to stand beside their communities in all they do."