"This place will truly be a little piece of El Salvador in the middle of London," declared the Salvadoran ambassador after the dedication of the Romero Cross in St George's Cathedral. 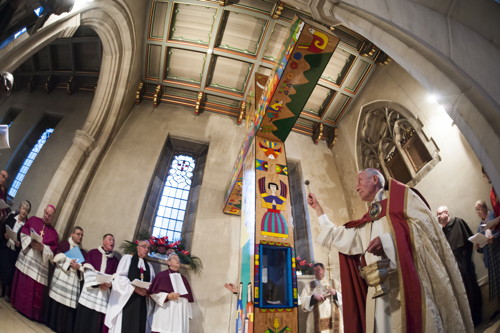 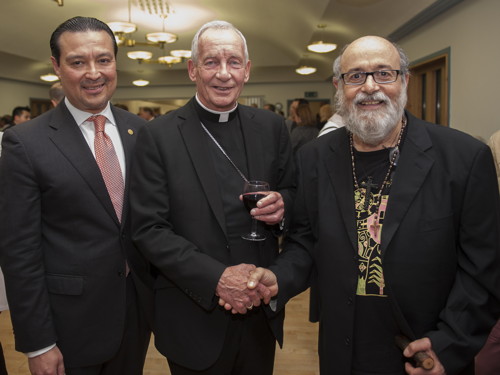 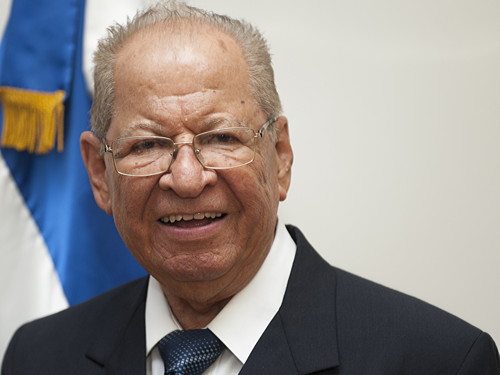 The ambassador, Werner Romero, was speaking amid cheers during a reception in the Amigo Hall after the service on Thursday evening.

The huge three-dimensional painted Salvadoran Cross is a permanent memorial in Southwark to Archbishop Oscar Romero who was assassinated in El Salvador in 1980. He was gunned down whilst celebrating Mass in his own diocese of San Salvador.

The cross, painted by Salvadoran artist Fernando Llort in his studio in La Palma, contains a fragment of Archbishop Romero's blood-stained alb and his zucchetto.

The 4-metre cross is the centrepiece of the Romero Space which has been created in between the cathedral's chapels of St Joseph and St Patrick.

The martyr's former secretary Ricardo Urioste, preaching at the service, likened Oscar Romero's death to the murder of St Thomas of Canterbury and expressed hope that the Archbishop of San Salvador would one day also be declared a saint.

At the start of the service Archbishop of Southwark Peter Smith had added his support to the calls for Romero to be canonised.

"Pray that the process of making him a saint of the church may be taken up without delay by the Holy See under the leadership of Pope Francis who has said many times that we must be a poor church for the poor," said the Archbishop.

The Romero Cross was the idea of the late Michael Evans, a Southwark priest who became Bishop of East Anglia and modelled his ministry on Romero's priorities.

"Michael modelled his ministry as a bishop on the example of Archbishop Romero," said St George's dean John O'Toole.

"He was very proud to have a poster of Archbishop Romero above his bed."

During the ecumenical service of prayer, the Gospel was read by Dean of Westminster John Hall. There is an image of Romero above Westminster Abbey's west door.

The Anglican Southwark Cathedral was represented at the service by Canon Leanne Roberts.

At the service Chris Bain, CAFOD's chief executive, led prayers for the work of SE1-based charities Christian Aid and CAFOD.

CAFOD worked with Archbishop Romero in the 1970s by financing a human rights office and rebuilding his diocesan radio station, which publicised disappearances and torture cases, after it was bombed off the air.

The neighbouring Anglican and Methodist church of Lambeth Mission & St Mary's was represented by Sarah Malins.

Alongside the Romero Cross is a bust of the Archbishop by sculptor Lado Goudjabidze. The space for the Romero Cross has been designed by cathedral architect Jonathan Louth whose practice is in Snowsfields.