A new hotel with more than 130 bedrooms is due to open on the Wah Kwong House site on Albert Embankment in spring 2015. 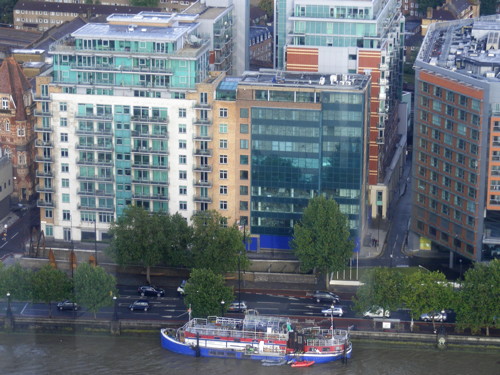 The 15-storey Crowne Plaza London Albert Embankment will be adjacent to the Park Plaza Riverbank hotel.

The existing office building on the site, Wah Kwong House, has been vacant for a number of years.

Operating under a franchise agreement with Cannon Corporate UK, the the new hotel will have more than 130 guest rooms and a restaurant overlooking the River Thames.

"It's fantastic to be signing another great upscale hotel in this thriving part of London less than a year after IHG opened InterContinental London Westminster," said Robert Shepherd, chief development officer at InterContinental Hotels Group.

"We have an enormous opportunity to build on what has already been achieved in London and we are showing no signs of slowing down.

"The UK market offers a wealth of development opportunities that are yet to be realised.

"This hotel is a great example of IHG's growth here and a strong sign of confidence in our brands."

"The need for fully-equipped business-minded hotels is ever increasing and we're looking forward to providing a wonderful hotel experience to our guests."