Blackfriars developers could pay Ł100m in lieu of affordable homes

Southwark Council stands to gain a windfall of between £65 million and £100 million for its plans to build new council homes if proposals to construct nearly 500 luxury flats next to Blackfriars Bridge are approved. 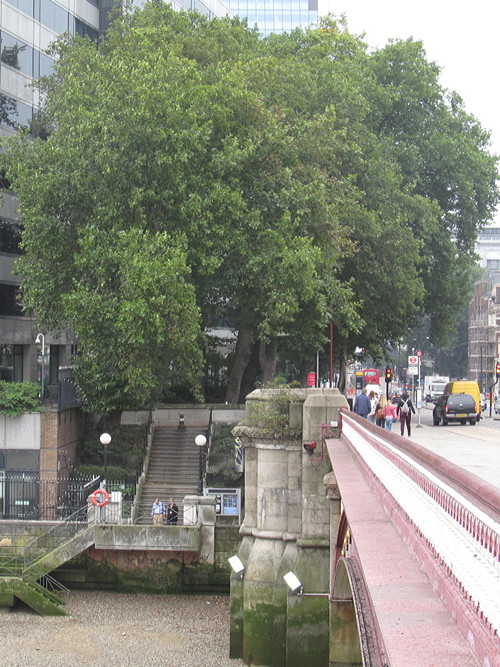 On Tuesday night Southwark Council's planning committee is likely to rubber-stamp plans to demolish Ludgate House and Sampson House which sit either side of the railway line at the southern end of Blackfriars Bridge.

The tallest building will be 49 storeys high and is intended to form a 'gateway' to Southwark when paired with the 50-storey One Blackfriars tower which will stand on the opposite side of Blackfriars Road.

The scheme, like many other riverside developments in Southwark, does not include any on-site affordable housing. Instead the developers will pay Southwark Council between Ł65 million and Ł100 million which the authority will use to build new council homes elsewhere in the borough.

The council claims that the cash will enable it to build between 260 and 400 new council homes towards its 10,000 target.

Controversially, the scheme also proposes the felling of six trees, including two mature plane trees next to Blackfriars Bridge.

The two riverside trees – which are subject to a tree preservation order – will be felled to make way for a wider set of stairs linking Blackfriars Bridge with the Thames Path.

Southwark planning officers say that the trees "have a high amenity value" but their removal can be justified because of the improved access to the riverside path.

Objectors to the proposed high-rise development include English Heritage and the Royal Parks Agency.

The Twentieth Century Society has called for Sampson House to be preserved.

Councillors will consider the proposals at a meeting on Tuesday 8 October at Southwark Council's Tooley Street offices.

She wrote: "The reasons given do not adequately justify the removal of these mature, large canopy trees which not only provide cooling during the summer and combat air pollution in this highly congested area, but they are cherished by commuters and local residents and play an important part in the character of this area."

Lady Jones also objected to the decision to accept cash in lieu of on-site affordable housing. She warned that "...this application and the council's wider approach to development risks worsening social divides and social exclusion in Southwark".