For the past two and a half years residents, business and community groups in Bankside have been working to draw up a neighbourhood plan to help shape the future of this fast-changing area. 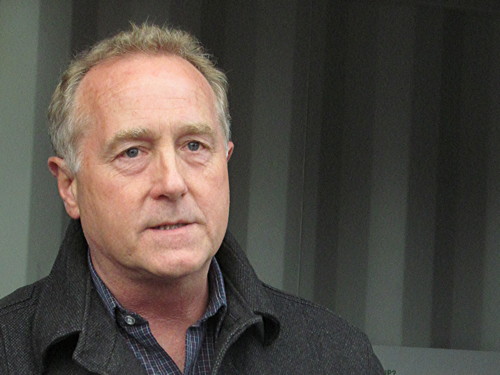 Neighbourhood planning – policy documents written by grass-roots groups and approved by locals at referendum – is one of the key tenets of the Localism Act introduced by the coalition Government.

Under the legislation, groups called neighbourhood forums get together to compile a plan which – if approved by the council, a Government inspector and by voters in a poll – becomes a material consideration when planning applications are assessed by the council.

The process of agreeing the framework for drawing up neighbourhood plans has been a fraught one because councils have had to devise responses to loosely drafted legislation and invent a whole raft of new processes.

Bankside Neighbourhood Forum chairman Tim Wood explains why he and others have made the effort to persevere through the difficulties.

"I think for the first time it gives people more of a say in what they can achieve in their area," he says.

"It drills down to the micro, because it's such a small area.

"The people in that area know that area better than anybody else. It allows them to have a say in what sort of regeneration and development that's going to happen."

Neighbourhood plans must also be consistent with the tiers of borough-wide and city-wide planning policy documents further up the chain, so cynics may question whether an ultra-local policy can make a real difference when the strategic decisions are made elsewhere.

"I think it's a bit more than tinkering at the edges, because it does have to work within the framework of local plans, but they are still quite general," says Tim Wood.

"For example, the new Blackfriars supplementary planning document that's just come out is a very general document that doesn't drill down into the micro areas.

"I think the difference will be seen when the Bankside Neighbourhood Plan is produced and it is put alongside the Blackfriars SPD.

"The differences will shine out because there will be more detail in the neighbourhood plan and more of a community slant to it."

Wood points out that documents like the council-produced policy for Blackfriars Road don't have much to say about community infrastructure – "by which I mean open space, streets, pavements, and then onto softer stuff like childcare, doctors' surgeries, even schools" – but which will be enshrined in the policy drawn up and agreed locally.

Another sticking point for neighbourhood planning has been question of how well a self-selecting group who come together to draw up a policy can represent the overall population.

"The Localism Act points at 21 as a minimum number of people to form a forum," explains Wood.

Wood insists that all the steering group members bring with them a range of experience and contacts which enables them to effectively represent their peers and neighbours: "I think they're all people who have an impact in the community, whether it's a business community, a cultural community, or a residential community, that can bring to the table the information or the desires of that community."

Bankside's neighbourhood forum is a collaboration between residential and business interests. Wood acknowledges that different groups will have different aspirations, but he believes that differences can be resolved by talking.

He says: "What has been amazing for me is to see Network Rail in the same forum as the chair of a tenants' and residents' association, in the same forum as someone from Guy's Hospital talking to someone from Blackfriars Settlement, a whole disparate group of people who would never ever dream of getting together, on issues that affect us all – with the one guiding principle of pro-growth – and discussing those things.

"There's been four developers that have come to this and added a very significant element of conversation. One of them, at the moment, is driving an affordable business idea through, so we can try and get a proper planning policy about affordable business within the new developments coming through. That's a developer doing that."

Now that the group has finally moved beyond procedural issues to the "meat and potatoes" of drawing up a workable policy document, Wood acknowledges that there will be tensions: "There's going to be quite a lot of conflict, I think. The conflict is best borne out in a public forum."

The incentives for a community to draw up and adopt a neighbourhood plan have been strengthened by the Government since Bankside first embarked on the process, with areas that have a plan entitled to retain a greater share of community infrastructure levy (CIL) cash from new developments.

"We've lived in an area of massive growth and massive amounts of section 106 [the forerunner to CIL] money coming through," says Wood.

"There's been, I think, a bit of a disappointment in the residential and business community that the section 106 money has not been spent in a transparent and in a focused way in line with their priorities."

The long-established project bank system which has allowed residents to nominate projects which the council can then match up with available cash from developers has not always worked well, and the promoters of the neighbourhood plan believe this is an area where they can make a real difference.

"I'm hoping that we'll have a transparent list of priorities and we'll be able to deliver them with the CIL that comes through.

Another unresolved question is what the role of the neighbourhood forum will be once the policy is adopted.

Will the forum continue to exist to act as a watchdog for how the plan is used by the council during its five-year lifespan? "I'd like to think it would have that kind of role," says Tim Wood.

"There are some of the forum members talking about a development trust to make sure that the community infrastructure projects that form the basis and the heart of the plan are properly delivered and transparently delivered."

The Government has recently changed the rules to make it easier for a neighbourhood forum to turn itself into a directly elected parish council, but Wood is wary of the baggage that comes with that idea.

"If it helps, in terms of a quicker access to the CIL to deliver the projects that we will end up promising in a neighbourhood plan, and it becomes a vehicle for doing that and then a vehicle for getting more appropriate development in this area, then I'm pro it. If it becomes something like Passport to Pimlico then I'm totally against it."

He says that the Bankside Neighourhood Forum will be looking carefully at the experience of London's first urban parish council – Queen's Park in Westminster – to see what lessons can be learnt.

What would be will be the impact on the area if no-one had bothered with neighbourhood planning, or the forum doesn't succeed in winning public backing for its plan? Wood believes the result would be fragmentation.

"I think you'd get the small groups still doing what they're doing. You'd get Bankside Open Spaces Trust focusing on their little parks. You've got Blackfriars Settlement focused on all their social work and not looking beyond it. You get Better Bankside focusing in on their business group and not seeing the impact of that on the residents, and so on.

"This area – which I think has a real danger of becoming very insular in what people are doing, and the developers just piling it high, selling it expensive – will lose its funk.

"I guess it will lose the essence of what people came here for in the first place."

Wood credits four big changes in the 1990s for making Bankside what it is today: Shakespeare's Globe, Tate Modern, the reinvention of Borough Market and the construction of the Jubilee line extension.

"But the funk of the area is the small businesses and the residents – the people who've lived here forever, since they started building council housing."

Another challenge is the question of defining boundaries for the purposes of the plan. One headache for Southwark Council is deciding where Bankside's western boundary with the adjacent neighbourhood plan for the South Bank and Waterloo should fall.

The Bankside Neighbourhood Forum has taken the Southwark borough boundary with Lambeth as its western border, but the promoters of the South Bank and Waterloo plan want to include the strip of Southwark west of Blackfriars Road in their document.

The law doesn't allow neighbourhood plans to overlap, so the council will have to choose.

Wood is wary of the potential for neighbourhood plans to pit one group against another: "The way the act is framed, it does worry me, the territorialism that's come out of this.
the boundary-hugging has worried me, and the community groups up against other community groups.

"It is very divisive and a real unintended consequence that is regrettable."

He believes that Bankside's final policy document will have much in common with the equivalent for the South Bank because the needs and development pressures are so closely matched.

"When the South Bank and Waterloo Forum emerges and starts doing its bit, there won't be that much difference with what we're producing. It will be very similar."

The Bankside group recently hosted a series of drop-in consultation events and is currently running an online survey to gather views from people who live and work locally.

If all goes well, Bankside residents and businesses will be invited to vote on the draft plan in early 2014.

• Find out more at www.wearebankside.com and complete the survey at www.surveymonkey.com/s/wearebankside by Friday 1 November to help shape the content of the plan.