Animal rights organisation People for the Ethical Treatment of Animals (PETA) has written to the new Lord Mayor of London urging her not to drive sheep across London Bridge during her year in office. 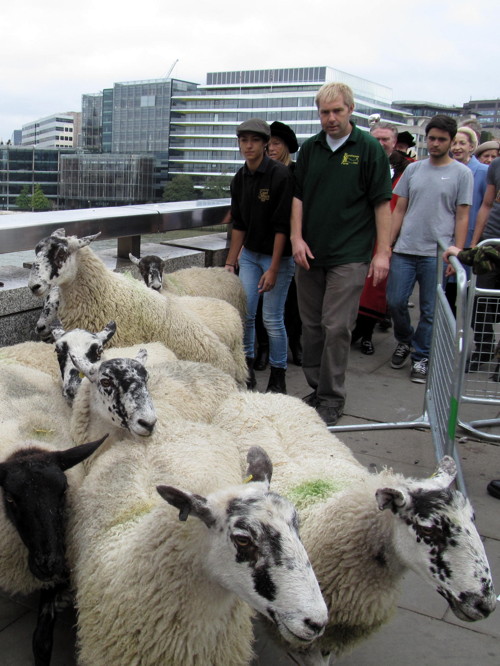 Sheep were driven across London Bridge by City freemen in September this year.

PETA UK campaigns coordinator Kirsty Henderson has written to Fiona Woolf, who took office last week, urging her not to follow the example of her predecessor Roger Gifford who invited freemen of the City of London to exercise their right to drive sheep across London Bridge as a charity fundraising event.

"I hope you will agree that sheep are not inanimate props," wrote Ms Henderson. "They are sentient, intelligent and complex animals. A University of Illinois study found that sheep perform nearly as well as pigs do on IQ tests and have demonstrated problem-solving abilities. They flock to keep safe from predators.

"If threatened, they all run together for a short distance and then turn to face the danger as a group. Just like humans, dogs, chickens and most other animals, sheep make different sounds to communicate different emotions. Each sheep has a different face, just as humans do, and flock mates recognise each other, even if they've been separated for years.

"The former Lord Mayor's decision to herd sheep down a very busy London street while cars continue to speed along the road next to them showed a disregard for their welfare and needlessly caused them distress.

"I have no doubt that you would be able to match, if not exceed, the donations that the previous Lord Mayor received this year by promoting a more compassionate event without the use of any animals."