The chair of a pioneering tenant management organisation and the principal of Morley College are among the local figures named in the New Year's Honours list. 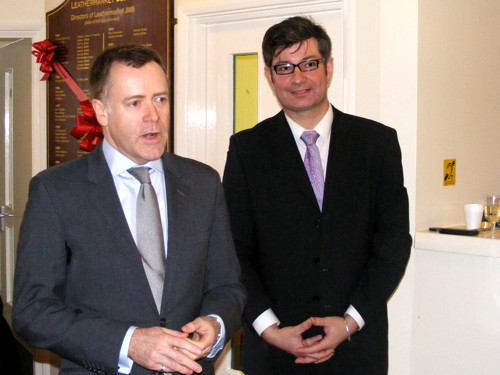 John Paul Maytum, chair of the award-winning Leathermarket JMB, the tenant management organisation which maintains 1500 homes in Bermondsey, has received the MBE.

This year Leathermarket JMB became the first self-financing tenant management organisation in the in country, retaining the rents paid by tenants and passing a fee to the council for central services, rather than being paid by the local authority for the work it carries out.

John Paul said: "While I'm delighted to be honoured by the Queen in this way, this award isn't really for me but for the hundreds of my friends and neighbours who have given countless hours over the last 17 years to make Leathermarket JMB what it is today.

"By standing together as residents we've been able to harness the skills, ability and commitment of the people who live in our homes to transform the quality of all our lives."

Maytum is also involved in the formation of the Leathermarket Community Benefit Society which aims to build new council-rent homes in Bermondsey.

He has also contributed to the work of the Bermondsey Neighbourhood Forum.

Ela Piotrowska, principal of Morley College since 2008, receives the OBE 'for services to further and adult education'.

Professor Elizabeth Rouse, who served as interim head of the London College of Communication last year at the end of a long career at the University of the Arts London, receives the OBE 'for services to higher education'.

The same honour is bestowed on Sylvia Auton, latterly chief executive of Bankside-based IPC Media, 'for services to the publishing industry'.

Roger Parry, a supporter of Shakespeare's Globe for three decades and chair for seven years, receives the CBE 'for services to media and the arts, particularly the Globe Theatre'.