Plans for a Sainsbury's Local convenience store in Great Dover Street have been approved by Southwark Council's planning committee. 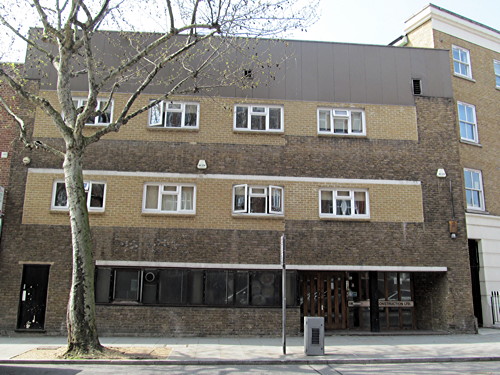 The proposed store will occupy part of the ground floor of the controversial Accommodation London Bridge hotel which fronts both Great Dover Street and Spurgeon Street.

The Sainsbury's shop front will be on the main road.

A total of 24 separate objections had been received by the council and discussion at the meeting on Tuesday focussed mainly on parking issues, concerns about disruption to residents in Spurgeon Street and previous planning enforcement issues involving the hotel.

Cllr Adele Morris, who deplored the lack of photographs available to members, pointed out that the proposed Sainsbury's Local was next to an existing convenience shop and "less than two minutes walk" from a Co-operative Food store.

But her main concern was that deliveries would be made at the Spurgeon Street fire escape doorway rather than by way of the shop entrance in Great Dover Street due to the small designated service time at the main road.

Adam Cundale, representing Sainsbury's which last year opened 32 'Local' surpermarkets in London, said that if the main road parking bay was in use when a delivery lorry arrrived then it would drive away and "park up" before returning later. It would not park and unload in Spurgeon Street.

"It's good to get this out in the open now because it's no good relying on enforcement," said Cllr Morris.

In reply to a question from Cllr Morris about staff smoking outdoors in Spurgeon Street she was assured that staff were not allowed to smoke inside or outside a Sainsbury's shop. The store manager would direct off-duty staff wishing to smoke away from the site.

Under questioning, Mr Cundale confirmed that refuse would be removed only via the front door and taken away by Sainsbury's. Unsold food was recycled for energy.

Cllr Maisie Anderson was concerned about late night noise from those, including taxi passengers, attracted by the proposed cash machine.

John Paul Maytum, chair of Lawson Estate Tenants' And Residents' Association, told councillors that another supermarket bank machine in Bermondsey had become a focus for drug dealing until police action was taken.

Chaucer ward councillor Karl Eastham, addressing the committee on behalf of local residents, pointed out that a new fee-free cash machine at Sainsbury's would be likely to prove popular as the nearby Co-operative Food ATM levies a charge for withdrawals.

He also raised questions about recent planning enforcement notices at the address and parking issues outside the hotel.

After an hour's consideration the committee gave unanimous approval to the change of use.