LeSoCo, the new further education college created by the merger of Southwark College and Lewisham College, has been awarded the lowest possible grade in its first Ofsted inspection. 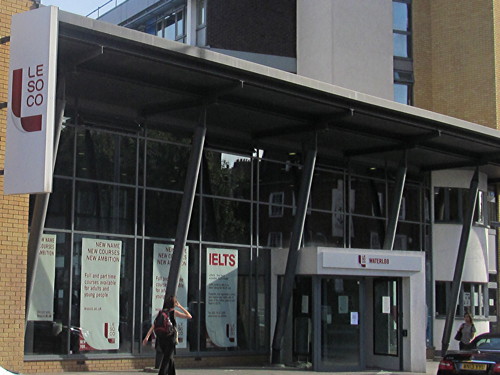 Lewisham College and Southwark College became a single entity in summer 2012 and adopted the LeSoCo name at Easter 2013.

The combined institution was visited by inspectors from education watchdog Ofsted in November last year and their report was published last week.

Ofsted has rated the college's overall effectiveness as "inadequate" – the lowest possible grade on its four-point scale.

Inspectors concluded that "despite improvements, the proportion of learners who successfully complete advanced-level courses continues to be too low".

They also found that "too few apprentices achieve their qualifications and complete their programmes within the expected time" and that success rates in key skills courses such as English and Maths are too low.

Ofsted praised the college's "very strong leadership" and concluded that the merger had been handled well.

The inspectors also acknowledged improvements made by LeSoCo and said they found the college to be "an inclusive, welcoming and safe environment".

Principal Maxine Room said: "We always knew that the challenges of change were going to be significant following the merger that created LeSoCo. Nevertheless this is a disappointing report.

"While we fully accept the need for improvements in some areas of our teaching and learning provision, we do not recognise the grading of the college as inadequate and will appeal.

"One of Ofsted's main points was a disparity in the quality of teaching and learning outcomes, which we recognise. Of the 12 subject areas assessed by Ofsted half were graded as good, and our challenge is to ensure that lessons are learned and good practice is transferred from these areas of high-performance.

"We see this report as a mandate for action, and to redouble efforts that are already in place to address disparities in quality and delivery.

"This academic year we have already introduced a number of programmes that directly target improvement in teaching and learning. The inspection report comes too early to judge the full effect of these, but has served to re-emphasise the need for such reforms.

"At the same time as recognising the need for improvement, we do not want to lose sight of the college's acknowledged strengths: our success in integrating entrepreneurship and employability across all curricula, the college's record on welfare, and our strategic relationships with employers.

"We remain committed to being a college that is creating successful futures, and which serves learners, employers and the community at large."

At LeSoCo Waterloo in The Cut building work is currently under way on the first phase of a major development.

Planning applications for further development – including up to 45 new homes as well as new college buildings – are currently being considered by Southwark Council.

He added: "One of the drivers for the merger of Lewisham and Southwark colleges was to improve standards at Southwark College for local residents, but this report shows that this hasn't been achieved.

"It seems that a lot of energy went into the merger process and not as much into improving teaching, learning and assessment – where inspectors found 'much that required improvement'.

"It is disappointing to hear that students are not being supported to succeed in basic subjects like maths, English and ICT which are so crucial when looking for work.

"Given the council's commitment to finding jobs for local people, it is also concerning to read that the college is letting down its apprentices.

"LeSoCo is failing its students, and that must not continue. We need to look to the future and ensure that all Southwark students receive the very best standards of education"