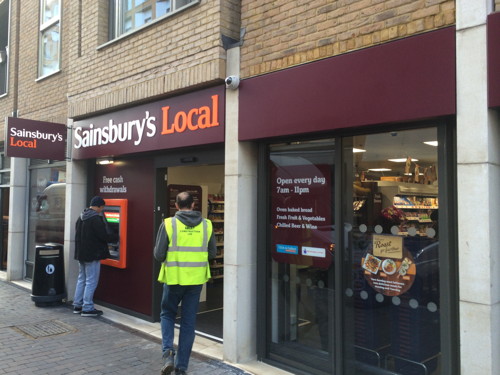 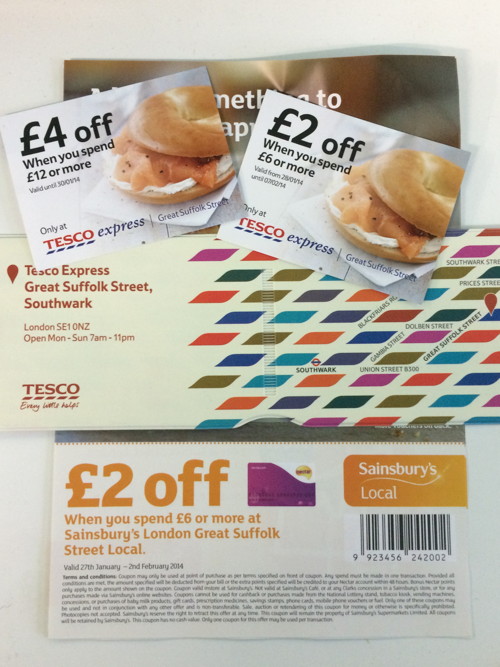 Both Tesco and Sainsbury's have been promoting their Great Suffolk Street stores with vouchers, competitions and free gifts

The new shop opened at 7am on Monday and the first customers soon found themselves contending with faulty tills and a fire alarm.

Sainsbury's says that the new store has created 19 jobs.

A Costa Coffee outlet will open next door to Sainsbury's Local in the coming days.

In recent weeks Tesco, which opened its Express store three years ago, has stepped up marketing activity for its Great Suffolk Street shop, handing out vouchers, Oyster card wallets and running a competition for tickets to Shakespeare's Globe and The Shard.

Sainsbury's is also distributing money-off coupons in the area.

Both convenience stores are open 7am-11pm seven days a week.

The emergence of a new cluster of shops at the northern end of Great Suffolk Street comes as nearby independent bookshop Woolfson & Tay reaches the end of its closing down sale.

Another Tesco Express is due to open later this spring in The Cut, opposite Southwark Underground Station.

Do we have too many Sainsbury's and Tesco stores in SE1?