Developers Endurance Land have revealed plans to build a 220-room hotel in the car park of the office building they own at 160 Blackfriars Road. 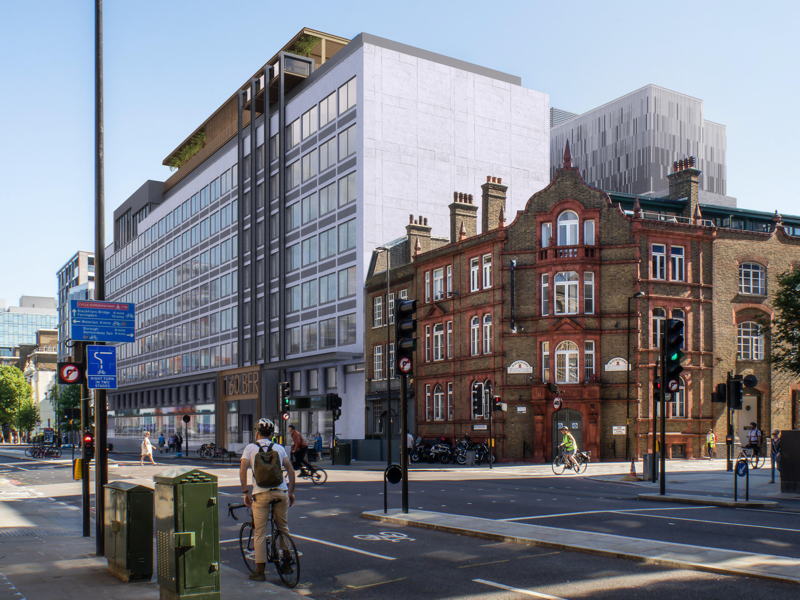 The proposed hotel extension will have a low-key cladding design for its upper floors to avoid competing visually with the Blackfriars Foundry at the corner of Webber Street.

Plans for the new hotel, designed by EPR Architects, were shown to neighbours at a public exhibition this week.

Formerly known as Friars House, 160 Blackfriars Road was refurbished in 2003 and acquired by Endurance Land 18 months ago in a Ł61.845 million deal.

Now Endurance Land says it wants to give the building a "new and vibrant identity" as '160 BFR', including the creation of a 220-room hotel on the surface car park behind the office building, and a new rooftop "chill-out terrace" for office tenants.

Under the new plans, the hotel and offices would share an entrance which would lead to Friars Yard, a newly created open space.

A new single-storey affordable workspace building is also proposed at the southern end of the site.

A planning application has yet to be submitted to Southwark Council, but if the scheme gets the green light it could be completed by 2021.

As part of the 2003 revamp, four new retail units – occupied by Pret a Manger , Sainsbury's Local, Costa Coffee and Crussh – were created at ground level.

Pret and Sainsbury's would be unaffected by the redevelopment plans.

If the 160 BFR scheme goes ahead, it would take the total number of hotel rooms on and around Blackfriars Road to more than 1,000.