The Conservative chair of the London fire authority has been forced to write a strongly worded letter to his Tory colleague Sir Edward Lister as a row between Union Street and City Hall over plans to sell valuable land on Albert Embankment deepens. 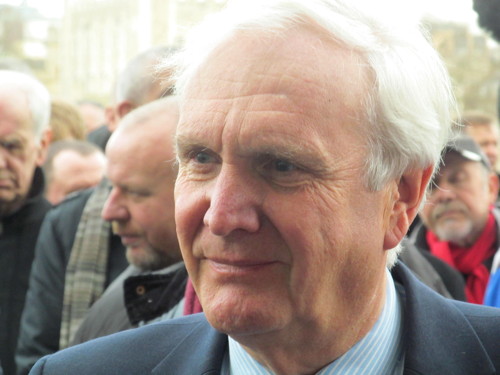 Last week we reported that Boris Johnson – via his deputy mayor and chief of staff Sir Edward Lister – had threatened to overrule the London Fire & Emergency Planning Authority in regards to the planned sale of the former London Fire Brigade headquarters at 8 Albert Embankment.

LFEPA stands to gain tens of millions of pounds from the sale of the land and now fire bosses at Union Street and politicians at City Hall are at odds over how the sell-off should be handled.

A meeting of LFEPA's appointments and urgency committee – comprising Conservative, Labour, Green and Liberal Democrat members – was convened on Thursday to consider a response to the Mayor's intervention.

A Tory motion to explore the Mayor's preferred method of sale – via City Hall's London Development Panel – was defeated by four votes to two.

As a result the Conservative chair of LFEPA, James Cleverly AM, has written to Sir Edward summarising the committee's concerns.

Mr Cleverly wrote: "I was asked to convey the clear view of the majority of the committee that your intervention in this matter, made on behalf of the Mayor, was both discourteous to the members concerned and unwise".

He added: "As such, the authority requests that you reconsider your approach by dropping the threat of the proposed direction and proceed to work with it in a more constructive fashion on this issue from now on."

The row comes as Boris Johnson is seeking to strengthen his control of the fire brigade by reducing the number of London Assembly members and borough councillors who sit on LFEPA and increasing the number of authority members appointed by the Mayor himself.