Councillors have approved plans by further education college LeSoCo to redevelop part of its Waterloo campus with new homes to fund upgrades to teaching facilities. 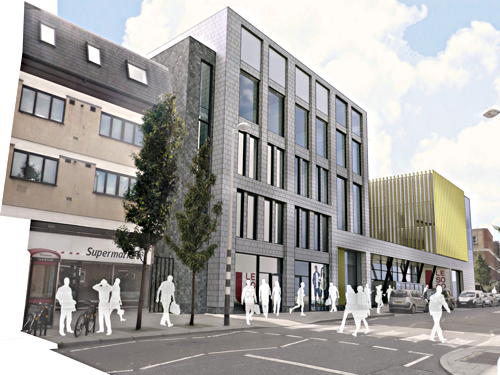 The new-look facade of LeSoCo's Waterloo campus on The Cut 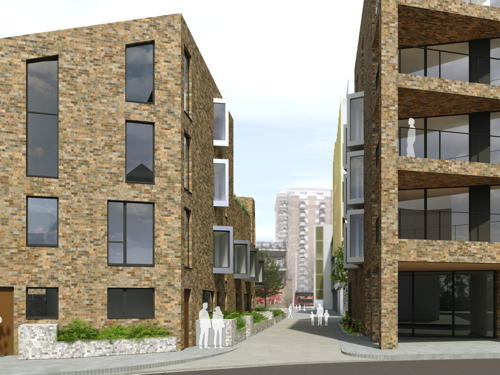 LeSoCo, which incorporates the old Southwark College, has gained outline planning permission for a development of 44 homes on Ufford Street.

The college is expected to sell this part of its campus in order to part-fund the second phase of building work to its educational building.

The committee was addressed by Simon Parker, a resident of Theatre View in Short Street, who raised concerns about the loss of daylight and sunlight.

19 trees in the college garden will be felled to make way for the new homes.

Planning agent Mary Power, representing LeSoCo, said that the housing development was an "essential funding component" for the college's future plans. The proceeds from the sale of the land will supplement a Ł10 million grant from the Skills Funding Agency.

Cathedrals ward councillor David Noakes said he was very supportive of LeSoCo as a college and welcomed the provision of affordable housing as part of the proposed development, but echoed the concerns about the scheme raised by neighbouring residents.

A new pedestrian route between The Cut and Ufford Street will be opened up as a result of the development.

A second application, for full planning permission for the second phase of the development of the college buildings, was approved unanimously.

Planning officer Yvonne Lewis explained that the "calm" new facade of the building on The Cut had been designed to look like a business premises rather than a place of learning.

"It looks a bit like an office block and they've suggested that that is in part because they want to get their students used to turning up at something which looks like a commercial building."

Construction of the first phase of the college development is currently under way.