A giant parrot was exhibited in Potters Fields Park on Monday to promote this weekend's screening of the Monty Python Live show on TV channel Gold. 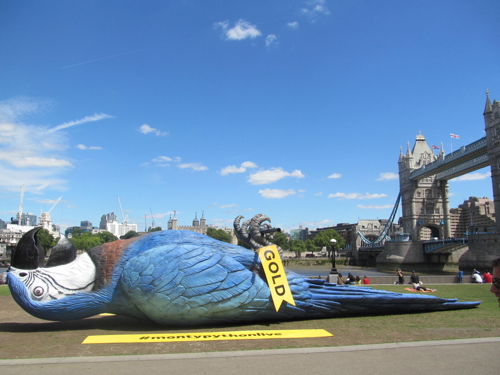 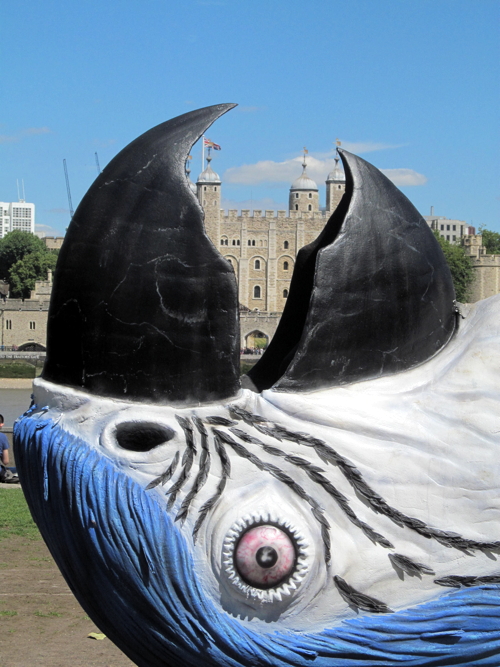 Three sculptors worked for more than two months to design, construct and paint the giant bird inspired by the famous 'dead parrot' sketch.

"We are all Monty Python fans so we were delighted to receive the brief from Gold to recreate the mythical 'Norwegian Blue' on a giant scale," said lead sculptor Iain Prendergast.

"We watched both live and televised versions of the sketch and found that there have been a number of different incarnations of the parrot with a variety of different plumages.

"Our sculpture provides a colourful hybrid of the dead parrots which have featured in the celebrated sketch.

"The key challenge for us was capturing the comedy value of the dead parrot, keeping the realism of the bird whilst also adding touches like the bloodshot, 'stunned' eyes."

Steve North, general manager of Gold, said: "We believe that our giant dead parrot provides a fitting tribute to a sketch that is so loved by audiences throughout the world. We hope that fans will join us for the final Monty Python performance this Sunday to see Britain's greatest ever comedy group bow out in style."