The new year fireworks display on the River Thames is to be a ticketed event. 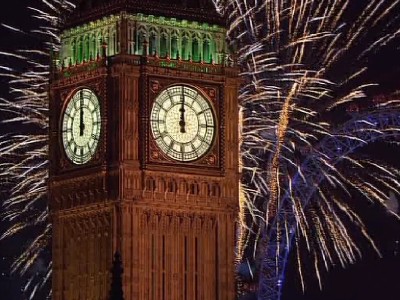 Tickets will cost Ł10 and be available online from the end of September.

It is understood that the scheme has been modelled on Edinburgh's Hogmanay night when the city centre is closed to non-ticket holders.

The ticket zone is expected to include streets between the South Bank and The Cut from Westminster Bridge to Blackfriars Bridge.

Mayor of London Boris Johnson made the announcement on Wednesday morning just hours before facing the London Assembly.

The Mayor said that the half a million people watching along the riverside had become a serious risk to crowd safety.

"It’s the best way for us to ensure London’s New Year's Eve fireworks stays a safe and fun event for all and it means that everyone with a ticket will enjoy a great view and a much enhanced experience.

"We hope the changes will also put an end to the long hours of queuing we’ve seen in past years.

Addressing Assembly members he described the Ł10 ticket as a "congestion charge" for "one of the greatest fireworks displays in the world".

Darren Johnson (Green) raised questions about restricting access to central London and suggested staging events across the capital instead.

Len Duvall (Lab) feared that the Ł12 fee would quickly escalate and be exploited by ticket touts.

Every year the South Bank Forum has heard complaints from residents about maintaining access to their homes during night.

Tickets will be available from Friday 26 September.