A sack of soil collected from the Belgian battlefields of the First World War arrived by train at Waterloo Station on Thursday afternoon. 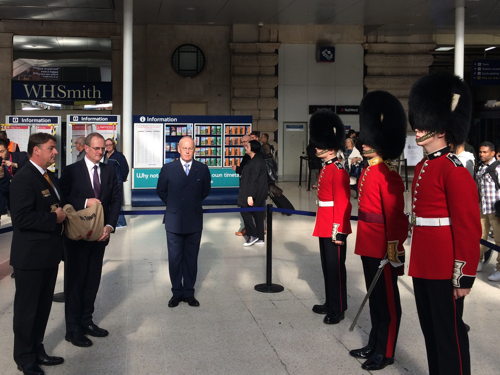 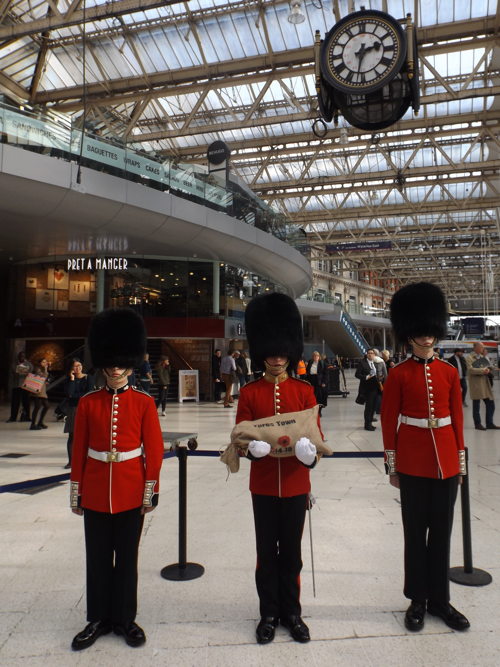 The soil, which comes from the Ypres Town Cemetery, was escorted by Grenadier Guards from Waterloo Station to Wellington Barracks where it will form part of the Flanders Fields Memorial Garden.

The memorial garden is due to be formally opened by Her Majesty The Queen and King Philippe of the Belgians on Thursday 6 November.

The railway played a vital role in the First World War, transporting many thousands of troops and pieces of equipment. War was declared at 11pm on 4 August 1914 and less than a week later, soldiers began arriving in London before travelling to the south coast for onward travel to France.

The line from Waterloo to Southampton was particularly important and for 21 days from 10 August onwards, one troop train would arrive at Southampton every 12 minutes. By the end of August 1914, trains had carried more than 118,000 personnel to Southampton as well as thousands of horses, vehicles and bicycles.

The soil started its journey from the Menin Gate on 5 October and was carried by Cunard on board the Queen Mary II cruise liner. It arrived in Southampton on Wednesday, spending the night in the Civic Centre, before being carried to Southampton Central Station on Thursday lunchtime.

Last year 70 sacks of soil from World War I battlefields arrived in London on a Belgian navy ship which was moored alongside HMS Belfast.