A live broadcast of BBC Radio 4's Any Questions? from St John's Waterloo marked the start of this year's Waterloo Festival. 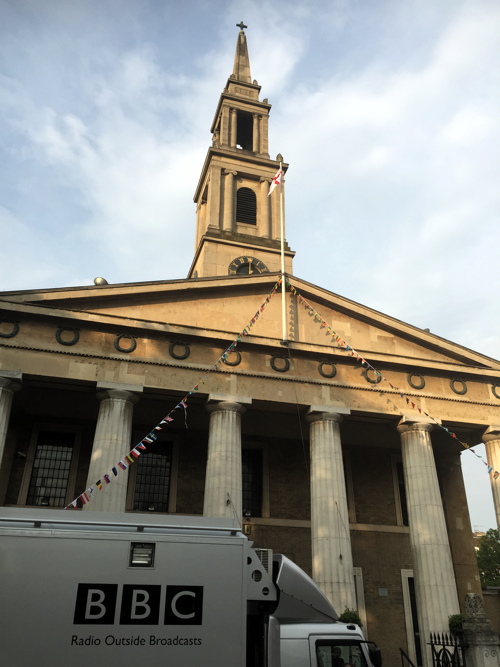 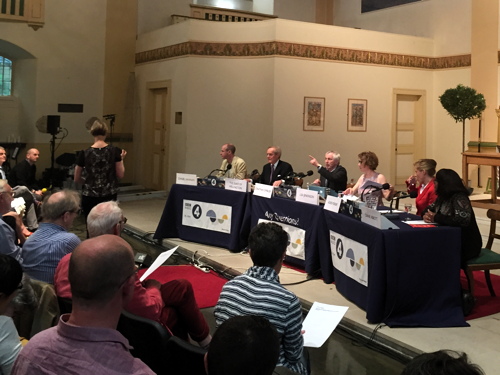 Two days after he had visited Waterloo Station to unveil a memorial to the allied soldiers killed at the Battle of Waterloo, the ninth Duke of Wellington returned to the South Bank on Friday evening to join the panel for the weekly Radio 4 debate programme.

With Jonathan Dimbleby in the chair, the other panellists were Diane Abbott MP, Daniel Hannan MEP and journalist Agnes Poirier.

The programme formed part of the commemorations of the bicentenary of the Battle of Waterloo.

Many of the questions submitted by members of the audience concerned the proposed Garden Bridge, and one question by Chris Clarke was selected for use on the programme.

Diane Abbott – who is seeking the Labour mayoral nomination – said she didn't believe Boris Johnson's claims that the public won't end up paying for maintenance of the bridge.

The festival is organised and hosted by St John's Waterloo, which was one of a number of new churches paid for by the peace dividend after the Battle of Waterloo.

On Saturday 20 June at 3.30pm local residents are particularly encouraged to gather on the steps of St John's Waterloo to welcome the Ride of the Lions/Walking with the Wounded bike ride from Waterloo in Belgium to London's Wellington Barracks.

• Listen to the Waterloo edition of Any Questions? on the BBC website