With white walls and minimalist displays, for one day only Borough Market adopted the design aesthetic of a well-known electronics and computer company with its 'Real' Apple Store. 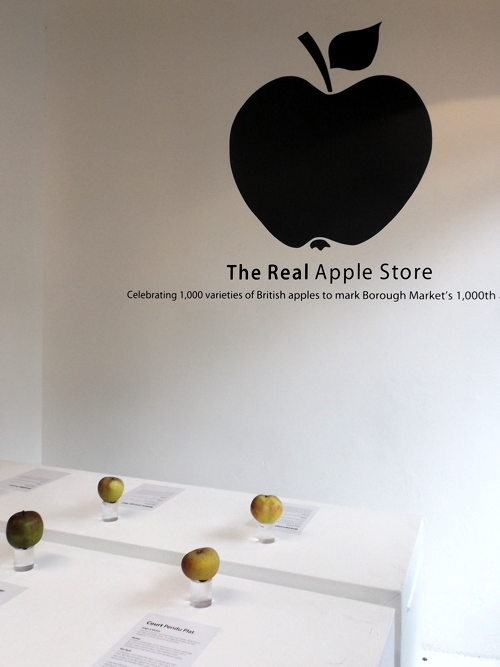 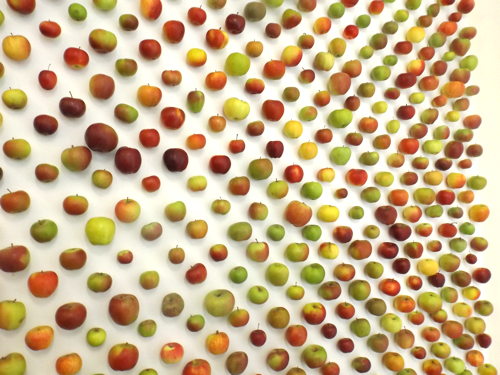 1,000 varieties of apple were showcased at the event 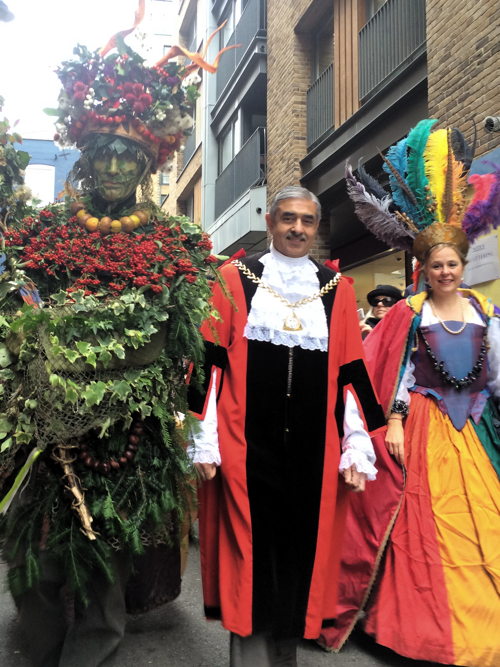 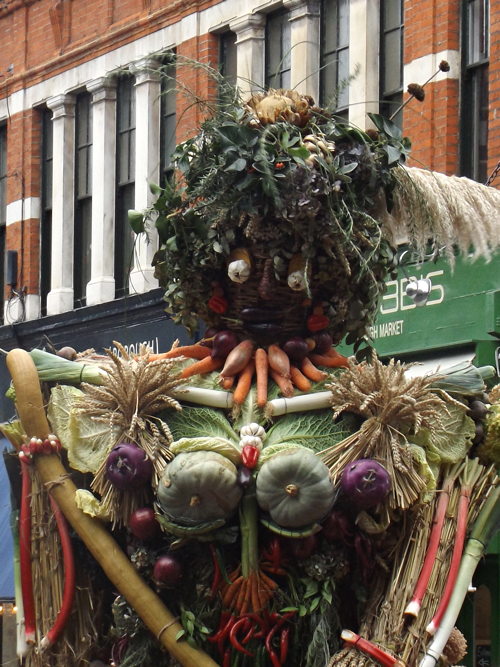 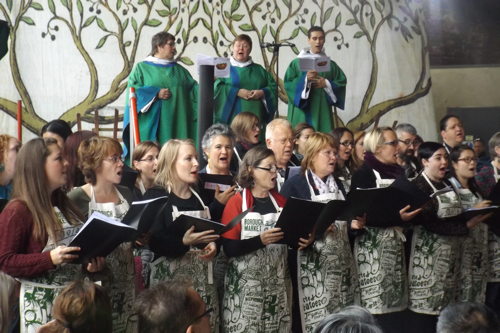 This year Borough Market is celebrating its 1,000th birthday, and as part of the celebrations it transformed the former De Gustibus bakery in Southwark Street on Sunday and turned it into a showcase of 1,000 varieties of apple as part of the annual Apple Day event.

"This country’s love affair with the apple is no secret – we have been eating apples for centuries," said Borough Market's David Matchett.

"However, there are some varieties under threat and we risk losing the diversity of this delicious fruit. This exhibition is not only a celebration of the British apple but a chance for us to raise the profile of these little known varieties and campaign to save them.

"At Borough, we’ve always been known for the variety of fresh produce on offer. Apple Day is an extension of that.”

The Apple Day event also included a short Harvest service in the Green Market with the clergy and congregation of Southwark Cathedral and the Borough Market Choir.

Harvest gifts were collected for the Manna Centre and the Robes Project night shelter.

Meanwhile the Lions part theatre company's annual October Plenty event began on Bankside and made its way to the market led by the Mayor of Southwark Cllr Sunil Chopra.