Plans for a 45-storey tower of student accommodation next to London Bridge Station went on public display this week. The scheme includes a new home for the Migration Museum. 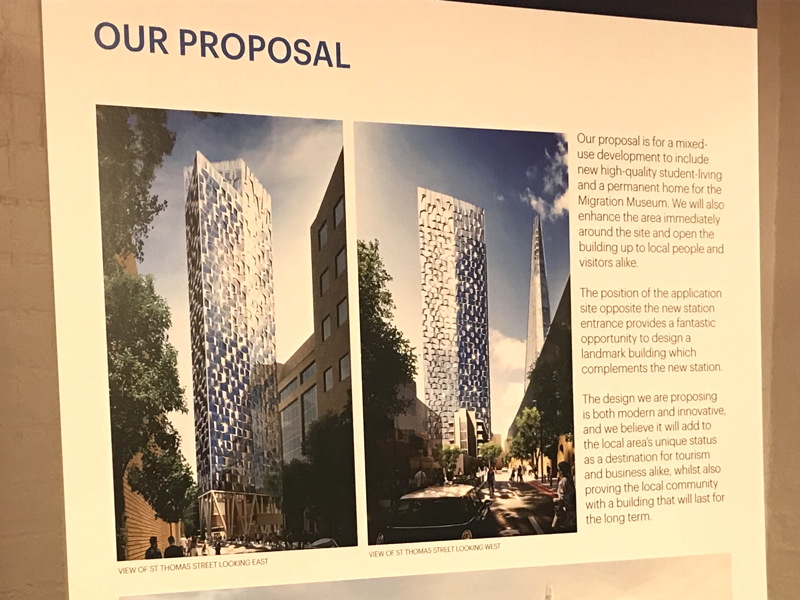 One of the display boards at Greystar's public exhibition 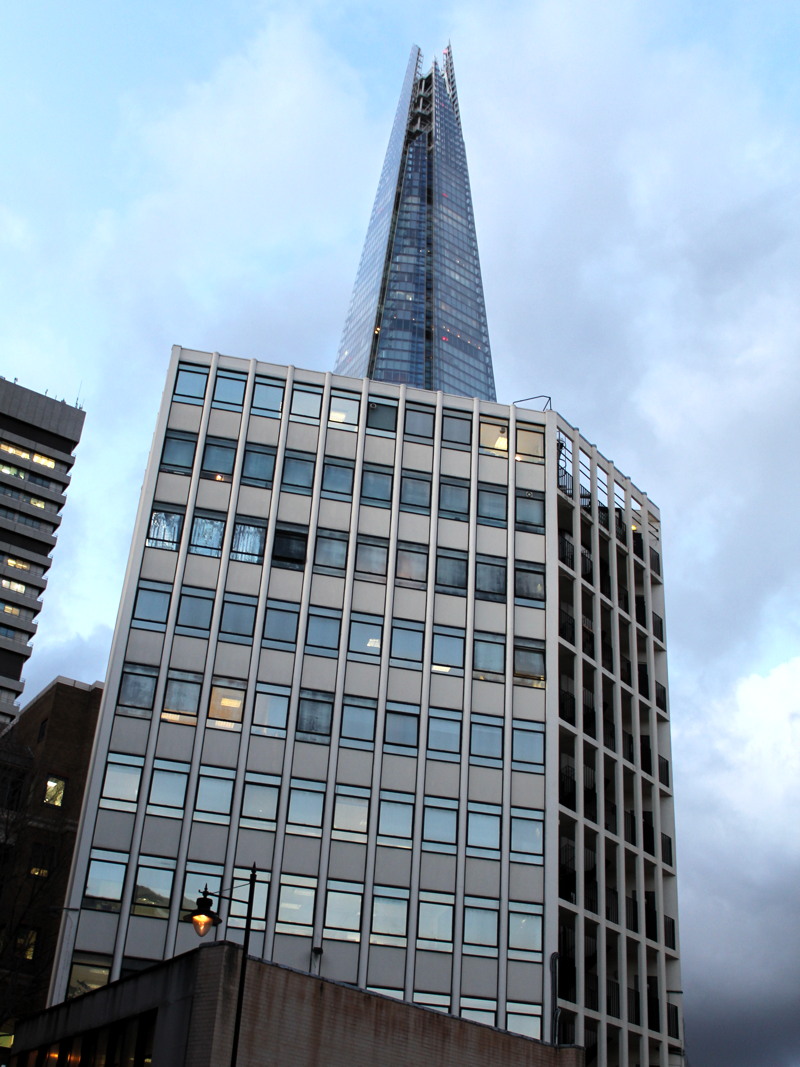 Greystar plans to submit a planning application next month for the Capital House site at the corner of St Thomas Street and Weston Street.

Greystar acquired the site last year for an undisclosed sum.

Now plans have been revealed for an even taller tower – around 45 storeys high – designed by architects KPF (Kohn Pedersen Fox) whose other local projects include the transformation of King's Reach Tower into the South Bank Tower.

The latest plans include 1025 student rooms and – at street level – a permanent home for the Migration Museum which is currently based at The Workshop at the old fire brigade HQ in Lambeth.

The proposed museum – telling stories of movement to and from Britain over the centuries – would be located next door to the Home Office immigration reporting centre at Becket House. Immigration enforcement vans are regularly parked outside.

If the scheme is approved, demolition of the existing Capital House could begin later this year, with construction starting in January 2019 and completion in summer 2022.