Nearly 7,000 people have signed a petition against proposed cuts to the Imperial War Museum. 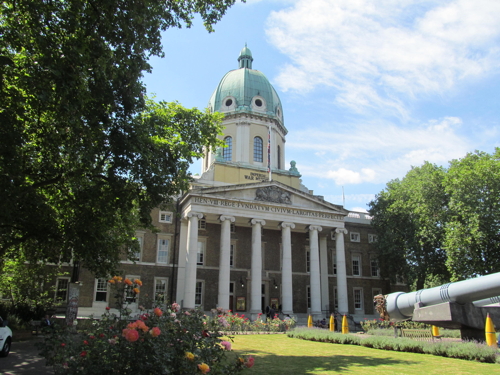 The trade union Prospect, which represents specialists at the museum, launched the petition after plans emerged to close the IWM library to deal with a Ł4 million annual deficit resulting from government funding cuts.

The union claims that the museum's proposals include the loss of up to 80 jobs, the closure of the Explore History service, and cuts to supported school visits to the museum's sites at Duxford in Cambridgeshire, the Churchill War Rooms and HMS Belfast.

"I am horrified by the suggestion that the library might be closed and dispersed," wrote Borg, while Lord Briggs said he had used the facility many times over the past 40 years, adding: "The threatened cuts would be a disgrace… to the nation in this centenary year of the Great War."

Prospect negotiator Andy Bye said: "The comments on the petition website demonstrate the strength of public feeling against the museum's short-sighted plans. A world without records is a world without memory."

He added: "Museum staff have been greatly heartened by the public response and messages of support."

A spokeswoman for the museum said: "The change programme seeks to ensure IWM can continue to respond to challenges and opportunities, build on our successes to date, improve and update ways of working across the organisation and reduce IWM's net expenditure by Ł4 million per annum to account for changes to funding and increases in pension contributions.

"IWM aims to achieve the expenditure change by reducing costs and increasing our income through further commercial activity.

"The consultation period for the organisational restructuring element of IWM's change programme has now begun.

"We are working closely with those who may be affected by the change proposals and will continue to do so until the end of the year.

"Any announcements regarding changes at IWM will be made early next year (2015)."