Fr Richard Hearn has been installed as dean of St George's Roman Catholic Cathedral in Southwark. 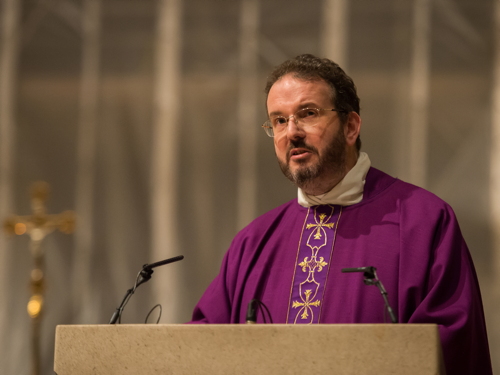 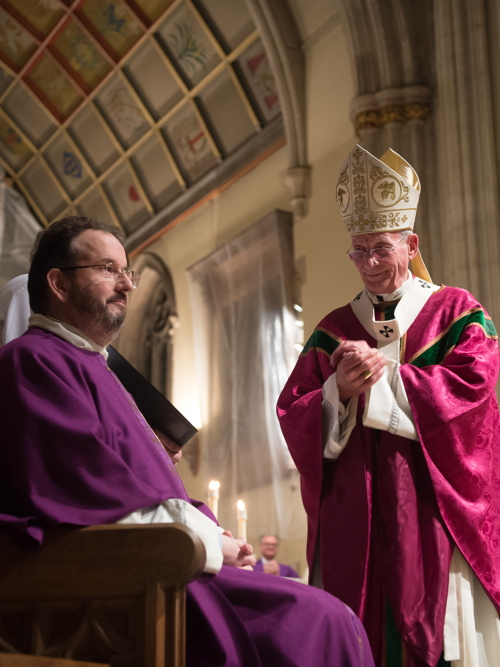 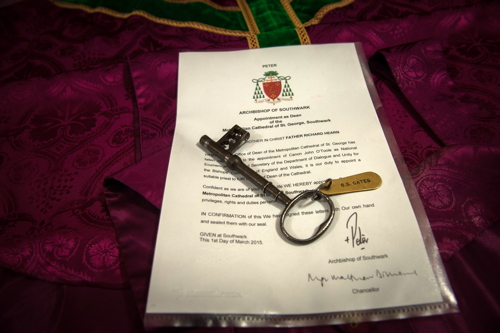 The ceremony took place on Friday evening during a Mass celebrated by Archbishop of Southwark Peter Smith.

After the letter of appointment had been read it was handed to Fr Hearn together with the cathedral keys.

Fr Hearn's last appointment was chaplain to Elmlea Prison on the Isle of Sheppey.

Archbishop Peter described the dean as a co-worker fulfilling his office on behalf of the bishop who was in canon law parish priest.

"The cathedral has been part of my life since I was quite young," said Fr Hearn. "I remember coming on a tour many years ago."

"My dad was confirmed here by Bishop Henderson. I remember coming here for confirmation groups and I never dreamt for a moment that I would be asked to look after the cathedral on behalf of the bishop."

The Mayor of Southwark Sunil Chopra and the Mayor of Lambeth Adedamola Aminu were seated at the front of the cathedral alongside the Papal knights.

Greetings were brought from the Anglican Southwark Cathedral by sub-dean Canon Michael Rawson. Also present was a representative of the Dean of Canterbury. Fr Hearn is a former assistant priest at St Thomas's Church in Canterbury.

Steve Chalke from the nearby Oasis Church Waterloo was among representatives from other local churches.

Vested in the sanctuary was Bishop of the Forces Richard Moth who the following morning was appointed Bishop of Arundel & Brighton.

Bishop Moth was based at Archbishop's House in St George's Road from 1992 to 2001 as Archbishop Michael Bowen's secretary. He was also Southwark Archdiocese Vicar General and Chancellor.

New dean Richard Hearn succeeds Canon John O'Toole who has been appointed national ecumenical officer for the Catholic Church in England and Wales.