The dean of Southwark's Roman Catholic Cathedral, Canon John O'Toole, has been appointed as the national ecumenical officer for the Catholic Church in England and Wales. 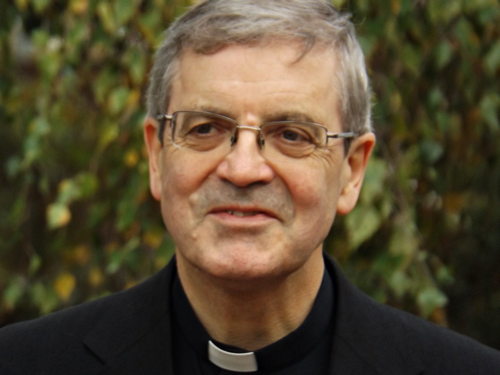 Canon O'Toole will leave St George's Cathedral, where he has been dean for three years, to take up his new role in January next year.

"His long experience of working with other churches and ecclesial communities as a parish priest, director of the diocesan christian education centre and latterly as a cathedral dean qualifies him well for the work of promoting christian unity and interreligious dialogue," said Archbishop Bernard Longley, the chairman of the department for dialogue and unity.

"I am grateful to Archbishop Peter Smith and the Archdiocese of Southwark for releasing him for this important role."

Canon John O'Toole said: "I thank the bishops for having confidence in me to take on this role. I am very happy to do so and look forward to meeting and working with my ecumenical colleagues.

The Most Revd Peter Smith, Archbishop of Southwark, said of Canon O'Toole: "He will be much missed as dean of St George's Cathedral, Southwark, and I thank him for the great work he has done there during his term of office.

"His involvement in the ecumenical movement over many years means he will bring a great deal of experience to his new task in promoting and fostering ecumenical relationships on behalf of the bishops of England and Wales."