Southwark Brewing Company has given the name 'Bermondsey UXB' to a special beer brewed less than 370 metres from the site where an unexploded bomb was found on Monday. 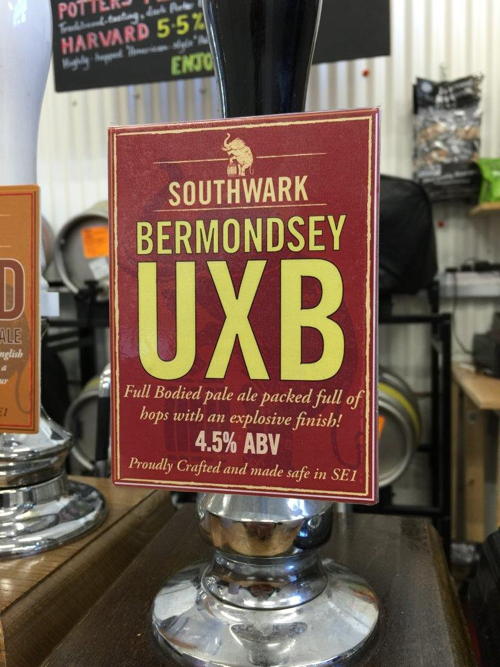 While the drama was unfolding in Grange Walk on Monday, brewers at the Southwark Brewing Company in Druid Street were working on an experimental beer.

The beer was unnamed but had the code name LPX to signify the additional malt and hops added to its main brew LPA (London Pale Ale).

"We brewed LPX to give an 'explosive' taste of hops in our beer and we were eagerly waiting the first tasting," said brewer Peter Jackson.

"Whilst we were doing this on Monday we were aware of the activity developing around the area, but we didn't know what had happened at the time.

"We loved the beer and were wondering what to call this special one-off brew when we heard of the cause of the disruption in the area.

"All of a sudden LPX became UXB (Army engineers code for unexploded bomb) as a testimony to the brave servicemen and local services that immediately got to work on making the bomb safe – a dangerous task.

"We knew the history of the bombing in this area during the Blitz and particularly the loss of 77 lives on 25 October 1940 in the Tanner Street arch just along Druid Street from us, so there was a strong local connection for us."

Jackson added: "There are only two casks of this beer. One will be on sale in the brewery bar in Druid Street on Saturday 28 March and the other in The Grange pub which had to close during the emergency.

Matt Downie, owner of The Grange, said: "It is a nice way to end the week with a special one-off beer.

"I am sure my customers will love drinking it.

"There are not many people around today that lived through those harrowing times but it makes you think of how they showed such heroism continuing to live and work during The Blitz."

For every pint sold, 50p will be donated to the Help for Heroes charity.