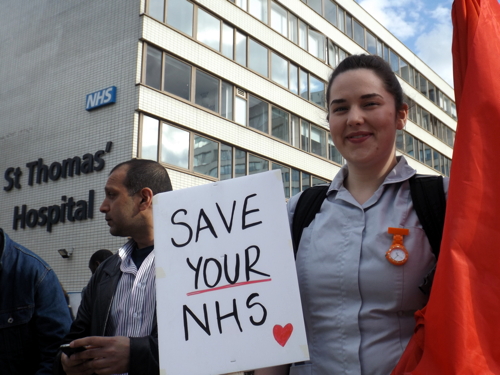 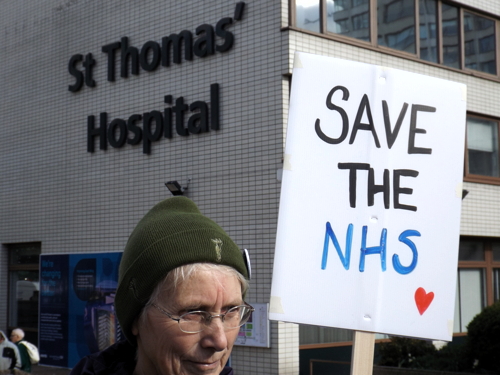 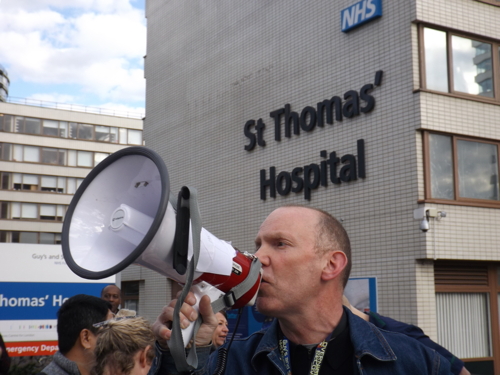 The protest was called by a group calling themselves SE1 Healthworkers who said on their campaign flyer: "We are currently working flat out, missing breaks, short staffed and frustrated by cutbacks in the NHS.

"Attacks on staff by the media seek to blame us for the mess the Government's Health and Social Care Bill and Ł20 billion worth of cuts has placed us in. Just look at the A&E crisis!

A spokeswoman for Guy's and St Thomas' NHS Foundation Trust said: "The organisers of a demonstration regarding national pay issues on 30 April used St Thomas' Hospital's main entrance as the assembly point.

"Access to the main entrance to St Thomas' Hospital for patients, visitors, and staff was maintained at all times. Patient care was not affected."

Last week we reported that Guy's and St Thomas' chairman Sir Hugh Taylor has warned that the NHS faces a "major funding gap".