Pupils from Ark Globe Academy's football teams last week had the opportunity to quiz Kit Symons, first team manager of Fulham FC, about his role and what it takes to be a professional football manager. 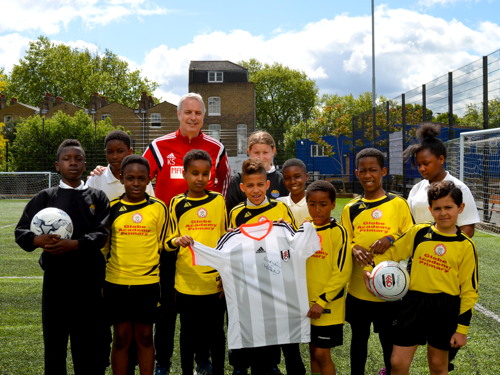 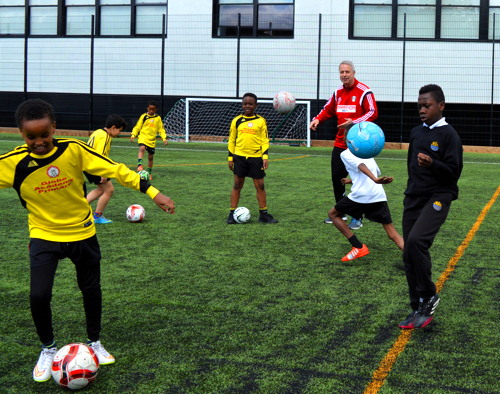 The pupils, aged 10 to 12, also got the chance to show off their skills in a training session with the Championship manager on their school pitch.

In a special assembly Kit spoke to the pupils about how having the right attitude and mentality is as equally important as the talent needed to be successful in life. "You learn more through your failures than through your successes" he said.

Questions from the students covered what it takes to make it as a professional player – "A good attitude and motivation" – the best player he has managed – "Gareth Bale. He puts the team first" – and his aims for the future – "To be as good as he can be."

Kit also spoke about Fulham FC's goalkeeper, locally-born Marcus Bettinelli, and how his attitude is a key part of what makes him such a good player.

Ahead of Ark Globe Academy's cup final match Idris, the year 7 football captain, asked: "What advice would you give for the team as they prepare for the final?" Kit Symons responded: "Listen to your coach, go out with a game plan and stick to it and work together."

Idris – who also plays for the Fulham Academy U12 team as centre back – said: "I learnt from Kit today that even though you make mistakes you should carry on. It felt good to play in front of him because in the future he might be my manager."

The centre at the school holds training sessions for male players from primary age to young teenagers from across Southwark and aims to nurture and develop players with potential to be future Fulham FC first team regulars.