In an interview with Ark Globe Academy students Britain's most senior officer said that the police will need to work harder and smarter with the right technology in order to make savings of £600 million. 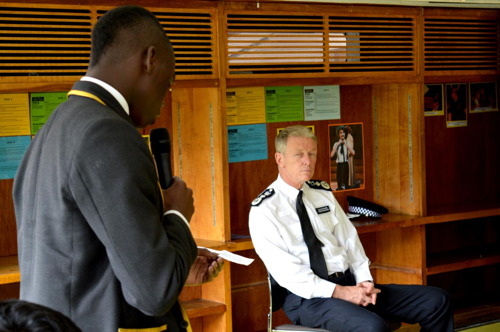 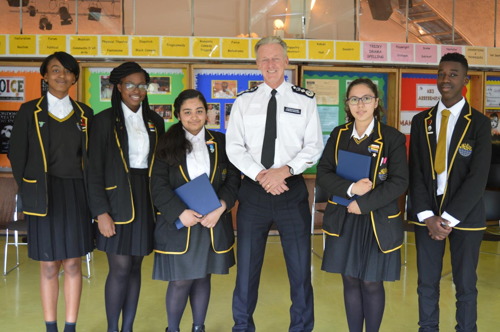 Asked by Sarah, aged 15, about his priorities for the local area Hogan-Howe said: "We are facing a future where there will be less money. Over the next 3-5 years I'm afraid that police numbers will have to drop. We'll still be OK but there will be less police."

He said that the Met will be investing more in technology to Balance this to give officers "access to all the materials they need on the street".

When asked what she thought should be a police priority Sarah said: "Police should offer more protection for young people and ensure their safety."

The commissioner of the Metropolitan Police Service was interviewed by Ark Globe Academy students for the school newsletter, with pupils writing questions about issues they cared about.

It gave the students aged 14-16 the chance to challenge Britain's most senior officer face-to-face.

The Met Chief also shared his love of horse riding saying one of the greatest sacrifices in getting to his position was that he had too little time now to enjoy his hobby.

Almira, aged 14, who took part in the interview, said: "He reassured us that nothing was going to change in our community but I am still a little worried.

"The security of the police gives me a feeling of safety. Even now I feel we need more police."

Memunat, aged 14, who chaired the interview, said: "We should all help the police by being aware of what's happening in our community."

Matt Jones, principal of Ark Globe Academy, said: "This was a fantastic opportunity for our students to get their views across to Britain's most senior officer and for him to hear from the young people of Southwark. Our students are working hard with our community to make it a safe place for everyone."