Southwark Cathedral churchyard gets a makeover

Southwark Cathedral is trialling new arrangements for access to its churchyard during July and August. 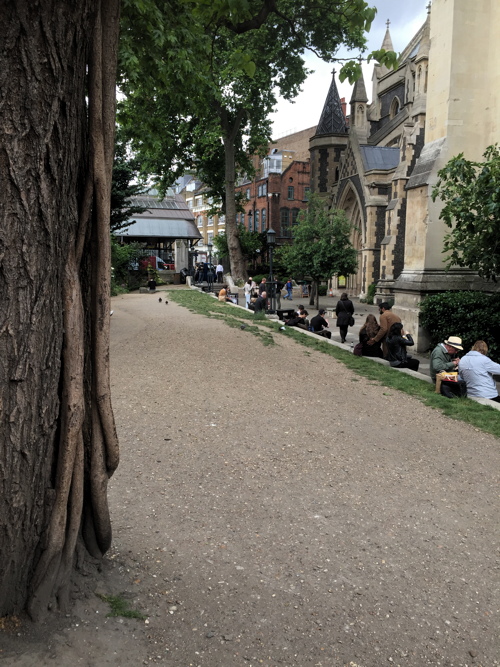 The grass area of the churchyard had almost disappeared 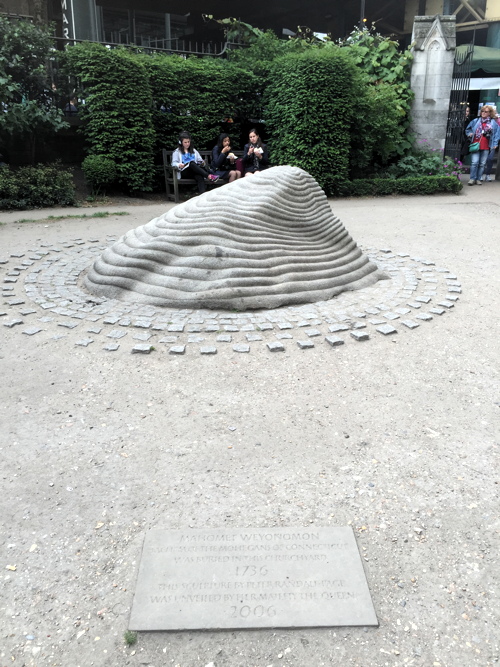 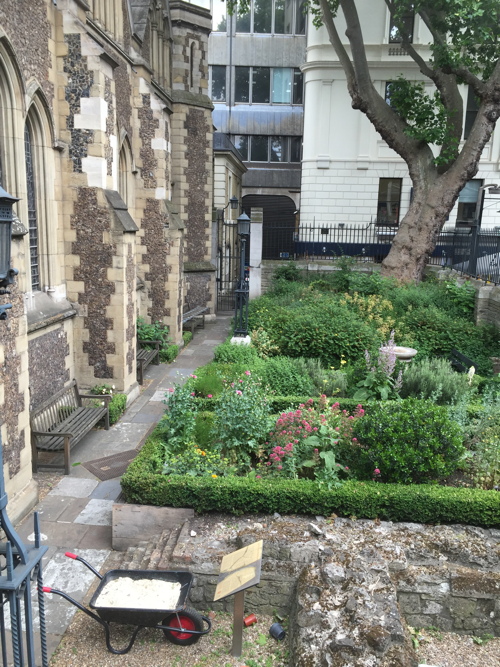 In recent years the cathedral churchyard has become a popular place for people to eat food bought at Borough Market, but the crowds and rubbish have taken their toll on the green space, with the grass replaced by a barren expanse of mud and dirt.

Relatives of people buried in the churchyard (there have been several burials in recent years) were among those who raised concerns about the poor state of the space.

The churchyard includes a memorial to Mohegan Chieftain Sachem Mahomet Weyonomon who was buried in an unmarked grave in Southwark in 1736. The memorial was unveiled by the Queen in 2006.

On weekdays and Saturdays during July and August, access to the churchyard will be via the cathedral itself, with visitors able to enter the building through the Millennium Courtyard on the north side or Lancelot's Link at the west end.

Access to the cathedral and the churchyard remains open and free of charge.

On Sundays the churchyard gates will be open as usual.

The grass areas have been returfed and as part of the trial, the cathedral is working with the Old Operating Theatre, Museum and Herb Garret and Bankside Open Spaces Trust to reopen the herb garden at the east end of the building.

To encourage people into the churchyard a programme of events is planned, including informal musical recitals and family activities in August run by the cathedral's education centre.

The cathedral says it welcomes comments about the trial arrangements, as well as suggestions for events and activities to be held in the churchyard.