Old Kent Road will be left without a public library under plans to relocate the East Street Library as part of the Aylesbury Estate regeneration. 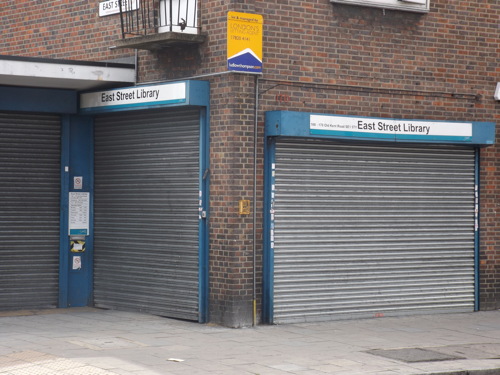 East Street Library – located on the corner of Old Kent Road SE1 and East Street SE17 – opened in 1967 to replace a much grander Edwardian building knocked down to make way for the Bricklayers Arms flyover.

In turn, the current library is likely to shut in 2019 when a new 'community hub' opens 500 metres away in Thurlow Street.

Cllr Ian Wingfield, Southwark's cabinet member for business, employment and culture, said: "While other councils are closing libraries, in Southwark we have worked hard to keep investing and keeping them in place as a vital community space.

"Our East Street Library has served local people well but it isn't set up to offer the full range of services that our residents expect and deserve.

"The new Aylesbury library will offer services to all people but with a particular focus on children and young people that, we hope, will help it become a focal point for the community that surrounds it."

The council claims that a recent survey of East Street Library users showed that satisfaction levels for the library's opening hours, IT access and attractiveness inside and out were far below the average for the rest of the borough.

The closure of East Street Library will bring to an end Old Kent Road's 125-year history of public libraries: industrialist George Livesey founded a library on the road in 1890.