An ornate Asian tray is among items stolen from the burnt-out ruins of the Cuming Museum in Walworth Road. 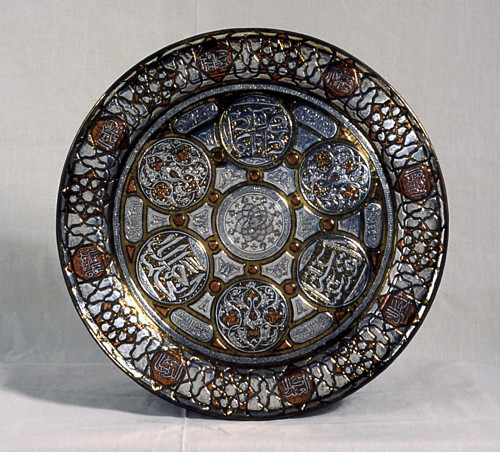 If you see this tray offered for sale, contact the police

Burglars entered the asbestos-ridden and structurally unsafe ruins of the former town hall in Walworth Road despite the presence of two security guards.

The interior of the old town hall building – which housed the Cuming Museum, a one stop shop for council services and other facilities – was destroyed in a huge fire less than three weeks ago.

The adjacent Newington Library, although largely undamaged, has remained shut since the fire.

The council says that it is too early to establish exactly what has been stolen but it has been confirmed that an ornate Asian tray was taken, along with some personal items belonging to museum staff.

"We are devastated that in addition to the losses suffered in the recent fire, we have now lost at least one other artefact to a thief," said Cllr Veronica Ward, Labour cabinet member for culture.

"I would urge anyone who has been offered this tray for sale to contact the police immediately so that it can be recovered and returned to us."

Cllr Ward added: "Anyone entering this building without the proper safety equipment and expertise is literally taking their life in their own hands."

Lib Dem councillor Graham Neale said: "Firemen risked their lives to save these artefacts and now burglars are simply walking off with our heritage.

"Why can't Southwark Council even get the basics right when it comes to protecting the contents of a burnt-out museum? Town hall bosses must be red-faced over this fiasco."

But Cllr Richard Livingstone, cabinet member for finance, resources and community safety, complained that the opposition had politicised the issue: "The Liberal Democrats shouldn't be using a criminal action to score political points.

"All reasonable steps were taken to keep the site secure.

"Ultimate responsibility for this theft lies with the criminals, not our staff who have worked incredibly hard to protect the contents of the museum."

News of the burglary comes as the council has opened a temporary customer service point at its offices at 160 Tooley Street. Open Monday-Friday 9am-5pm, the council says that the temporary counter can handle "more or less" the same range of enquiries and transactions that were previously dealt with at Walworth One Stop Shop.