Tate director Sir Nicholas Serota has advised residents of Neo Bankside to put up blinds or net curtains after Tate Modern faced complaints from the adjacent luxury development about gallery visitors gawping at their homes. 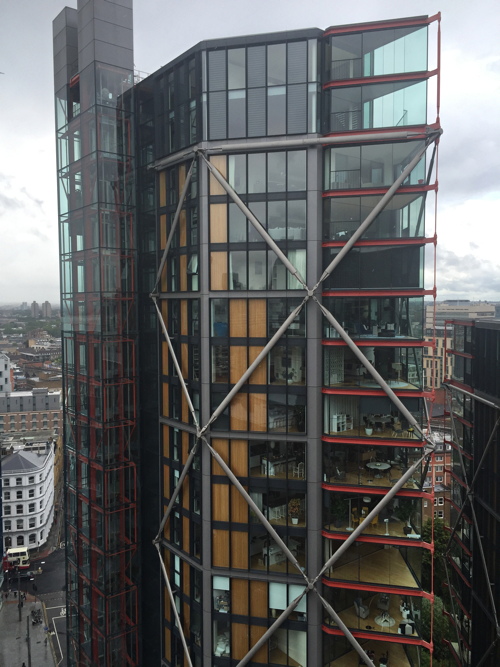 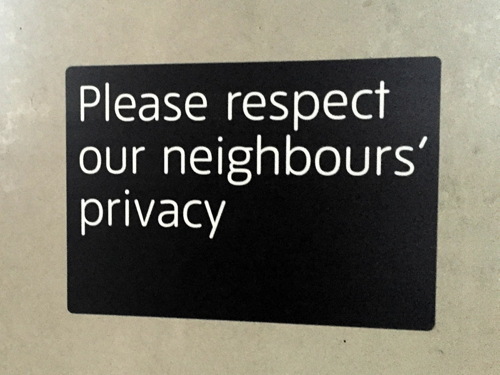 Tate has put up these signs in the viewing gallery

Tate Modern opened its Switch House extension in June, which includes a top-floor public balcony offering views in all directions.

Visitors to the viewing gallery get a close-up view of the homes in the multimillion pound development on the opposite side of Holland Street.

Neo Bankside has floor-to-ceiling windows and Tate Modern visitors have an ideal vantage point to assess the interior decor choices of the neighbours.

Some residents have complained to Tate – and sought legal advice – over what they regard as a breach of their privacy.

He said: "We have put up some signs to encourage our visitors not to gesticulate and to recognise that people who live nearby have a right to some privacy.

"Obviously that privacy would be enhanced if those people decided that they might put up a blind or a net curtain or whatever – as is common in many places.

"I need to repeat the fact that people purchasing those flats were in no doubt that Tate Modern was going to build its new Switch House building, and the character and uses of that building were widely known. Therefore people clearly purchased with their eyes wide open."

Do the Neo Bankside residents have a legitimate complaint?