Painting optical illusions onto the road surface on Southwark Street has cut traffic speeds by up to 3 mph, according to Transport for London. 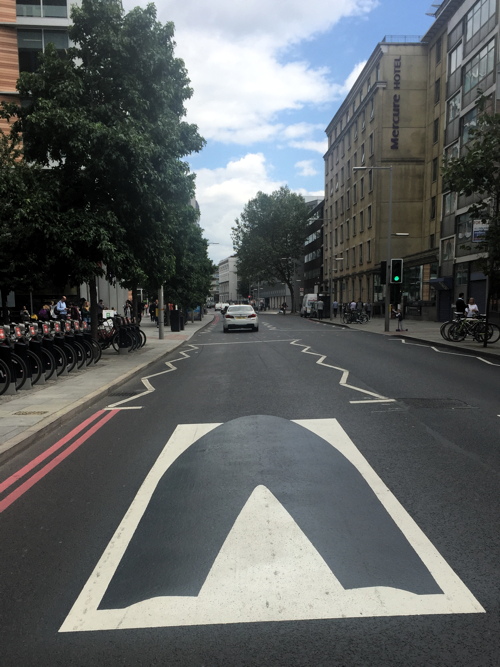 As part of the experimental 20 mph speed limit on Southwark Street, TfL this summer painted 'virtual' speed humps onto the carriageway, which appear as a 3D object when viewed by approaching motorists.

"An initial study found that these road markings, which create an optical illusion, were very effective and show a reduction of up to 3 mph," said transport commissioner Mike Brown in his report to this week's TfL board meeting.

"They are a cost-effective alternative to the traditional hump and are quick to install.

"We will continue to monitor their use and assess the potential for the rest of the network."