A surgical team from Guy's Hospital swapped the operating theatre for the small screen when they appeared in Netflix's new drama series The Crown. 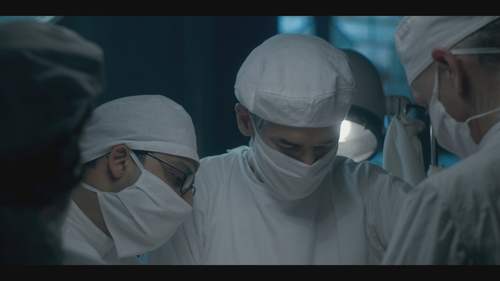 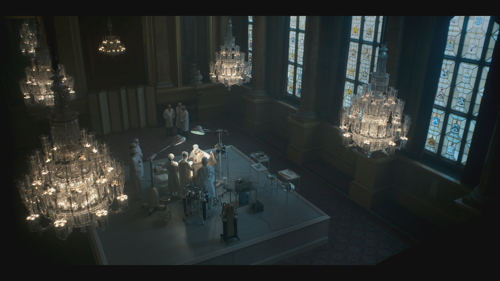 It is thought to be the first time that real-life medics have performed a pretend procedure for a television production.

The transplant team from Guy's Hospital were asked to feature in the programme, which focuses on Queen Elizabeth II's reign, for a scene in the first episode when King George VI needs lung surgery.

In 1951 pioneering surgeon Sir Clement Price Thomas removed a cancerous tumour from the King's lung during an operation carried out in Buckingham Palace. He was accompanied by two surgical registrars and his scrub team.

The Crown's production team wanted to replicate this and sought advice from Professor Harold Ellis, emeritus professor of surgery at King's College London, who used to work at the same hospital as Sir Clement. He put them in contact with Mr Pankaj Chandak, a specialist registrar in transplant surgery at Guy's Hospital.

The programme makers asked how they could create a body and diseased lung to be operated on, the surgical instruments available at the time, and what the set-up of the makeshift theatre would have been.

Director Stephen Daldry then decided that the filming would look most authentic if Mr Chandak and his team from Guy's Hospital played the parts of the real surgeons who operated on the King.

Mr Chandak, who is also an honorary lecturer and research fellow at King's College London, said: "Being part of The Crown was an experience we will never forget.

"Despite having the film crew around us, once we settled in it felt like a normal day in the operating theatre. The prosthetic body was incredibly life like, complete with a beating heart, and there was meticulous attention to detail on set to recreate the surgical world from 1951.

"I asked the production company to donate the 'body' we operated on to the Gordon Museum of Pathology at King's College London as an educational prop. I would like to use it for future demonstrations and lectures to show how far we've come with surgery since the time King George VI was operated on.

"At Guy's Hospital we carry out minimally-invasive techniques through keyhole and robotic surgery, meaning that patients can leave hospital sooner and recover more quickly than they have previously been able to."

Production company Left Bank Pictures said in a statement: "Attention to detail was absolutely vital to the series as a whole, and the operation on George VI did actually take place in Buckingham Palace as shown.

"Director Stephen Daldry requested that we used real surgeons instead of actors to make sure that every detail was authentic and the surgical team were absolutely invaluable to making the scene as believable as possible. It was first in TV and we are incredibly grateful to the surgeons who agreed to take part in filming."

The entire series of The Crown, which stars Claire Foy as the Queen, is now available on Netflix.