Lambeth planners have refused a planning application to reduce the size of the Camel & Artichoke pub in Lower Marsh. 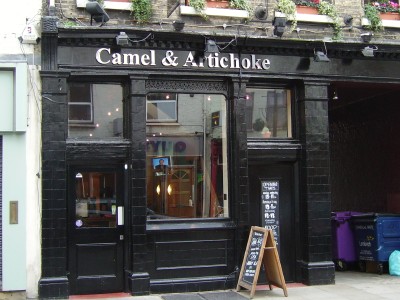 The pub closed at the end of 2016 with the property owners submitting a planning application (16/06726/FUL) to convert the upper floors of the pub into three self-contained flats, together with a rear extension to the building.

The pub would have been turned into a lock-up pub on the ground floor and basement levels.

The planning application has now been refused by Lambeth planning officers under delegated authority, citing seven reasons for refusal.

Lambeth planners say that the proposed rear extension would been harmful to the character and appearance of the building and the Lower Marsh conservation area.

They also warn that the proposed flats would represent "a substandard form of accommodation" due to their lack of amenity space and proximity to the beer garden.

The council's decision notice says that the applicant "has failed to demonstrate ... that the proposed autonomous residential accommodation on the upper floors could co-exist with the use of the building as public house at ground and basement floor levels without compromising the future viability and operation of a public house use on the site".

The council also questions whether the loss of its first floor function room, cellarage space, beer garden space and accommodation for the manager and staff would be detrimental to the pub's long-term future.