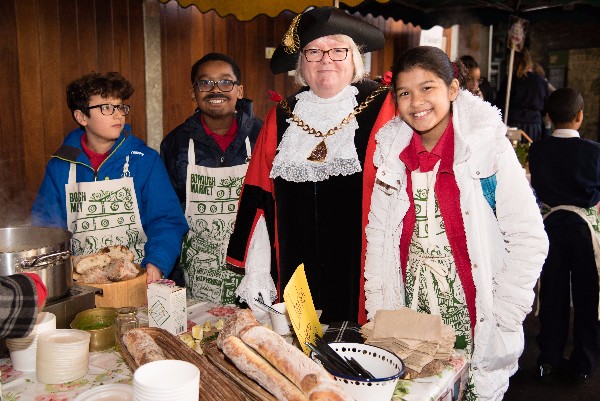 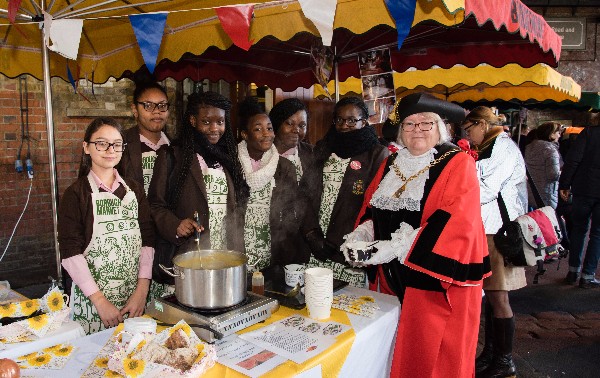 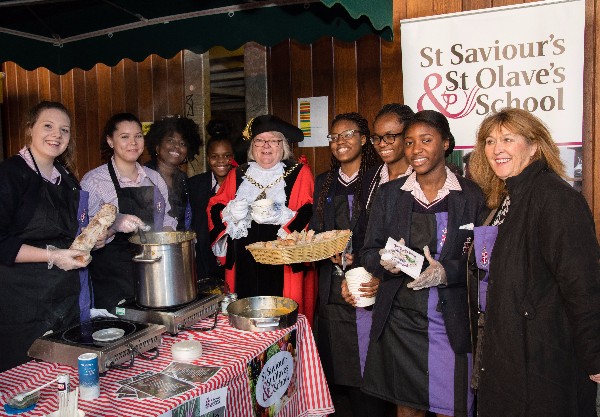 They raised a total of Ł494 for the food charity Fareshare, which equates to 1976 meals for vulnerable families.

This project is run by School Food Matters in partnership with Borough Market and supported by United St Saviour's Charity.

School children came to Borough Market in early January to learn how to create great tasting soups from surplus fruit and veg.

They also visited Bread Ahead and were taught how to bake their own ciabatta to accompany their soups.

Returning to school they worked hard at perfecting their recipes – bringing them to Tuesday's sale day and offering them to the public.

Soup recipes included pumpkin and vegetable and celeriac and apple.