A large celebration at The Union Jack pub has marked a community heroes award being presented to publican, arts promoter and singer Nolia Devlin. 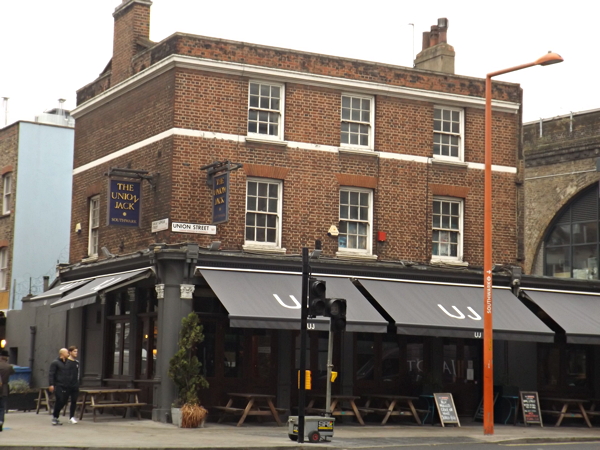 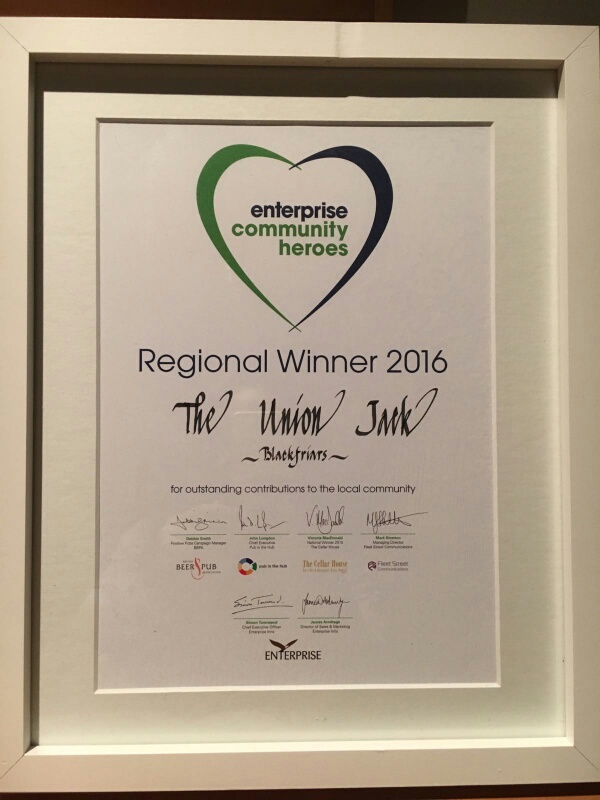 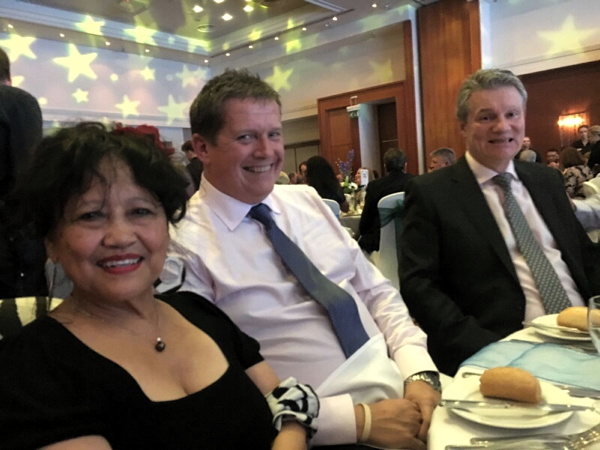 The Enterprise Community Heroes awards, organised by Enterprise Inns, are given in recognition of publicans and the exceptional contributions they make to their local communities.

Last month representatives of London South Bank University, Better Bankside, artists and charities gathered at The Union Jack on the corner of Union Street and Great Suffolk Street, which Nolia has run for the last three years.

Michael Ekberg of Enterprise Inns, recalling first meeting Nolia, told the packed pub: "We had a string of people queuing up but I had to give Nolia the contract. I could not say no. I cannot compliment Nolia too much. It's the best decision I ever made."

Speaking after attending the event, Neil Coyle, the MP for Bermondsey and Old Southwark, said: "It was great to meet Nolia to celebrate her award. She's a massive asset to SE1 and the brilliant mix of people from the arts, students, lawyers, musicians, artists and academics who were there to recognise her contribution is testament to the respect in which she’s held and the contribution she makes."

Alluding to Nolia's decision to donate her prize, he added: "Even through her award she chose to help others – sharing her success with Coin Street.

"It was also great to be at a thriving pub event celebrating vibrancy and not helping campaign against closure too!

"Enterprise Inns deserve some credit for supporting Nolia and all her work locally."

Natalie Bell, from Coin Street Community Builders, described Nolia as "one of most inclusive people" she had ever met and thanked her for donating her prize money to the community for the benefit of both young people and seniors. Natalie added that she looked for forward to staging a major tea party for over a 100 seniors.

Earlier Nolia claimed that when she took over the Union Jack it was a run-down boozer but was now attracting an eclectic mix of people.

"My pub is a shared by locals and offices so it is unique in that way. I support the surrounding local area with art exhibitions and music events in order to raise money for local causes and local individuals.

"I am a very artistic person by nature and I have used my skills and contacts in this area to help the local community and pub."