Southwark's planning committee has approved plans by consulting firm PwC to redevelop its Union Street office building, including the demolition of a 19th-century warehouse. 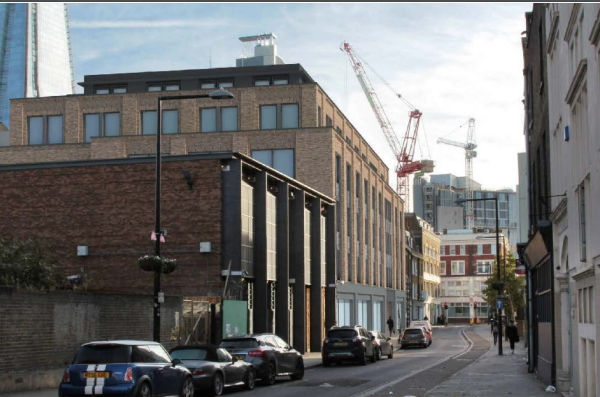 PwC wants to replace its existing four-storey 1980s building at 10-18 Union Street with a new building up to six storeys in height.

The development would involve the demolition of a 19th-century former hop warehouse tucked away behind the 1980s building.

Southwark planners argued that the more efficient use of the land and the creation of new jobs in the large office complex outweighed the harm from the loss of a historic warehouse.

Planning officer Alex Cameron said that the new building would be "more prominent, but will not be overbearing".

The committee heard from local resident Erina Rayner who urged councillors to have regard to the Borough High Street and Union Street conservation areas.

Ms Rayner said that the proposed new building is "completely out of keeping with this part of Union Street" and "obviously contradicts Southwark's own guidelines" on design and conservation.

She urged PwC to submit a new application to rebuild the 1980s office building whilst retaining the 19th century hop warehouse.

"The site deserves sensitive development to protect the local history which we as residents value deeply."

Solicitor Sue Willman of Deighton Pierce Glynn, based in offices adjacent to the site, said: "We have been working next door for 11 years and we do care about the heritage.

"We have become quite attached to the hop warehouse that we see out of our window."

Mike Hibbert of TP Bennett, the architects and planning agents for the scheme, said of the warehouse to be demolished that "the highly compromised 19th century building is of very limited significance".

He conceded that the building is "attractive" and its demolition would cause harm, but urged councillors to weigh that harm against the benefits of the modern office building.

"They'd have to spend a lot of money on it to make it usable," he said.

He pointed out that the council's own conservation areas advisory group had been critical of the proposed new building.

Cllr Noakes cited the Borough High Street conservation area appraisal which notes that the area is characterised by the juxtaposition of warehouses and townhouses.

"So far from being just another warehouse, this is the very essence of the conservation area," he said.

He ended his remarks with an impassioned appeal to councillors not to "repeat the same mistakes as our predecessors" who had sanctioned demolition of historic buildings in the post-war years.

Committee chair Cllr Nick Dolezal rejected calls by Cllr Hamish McCallum for a decision to be deferred to allow for a site visit.

With a tied vote among members of the committee, the planning application was approved by the casting vote of chair Cllr Nick Dolezal.