Plans to demolish the former Ticino Bakery in Bermondsey Street and replace it with a 'boutique hotel' with just seven rooms have been approved by Southwark councillors. 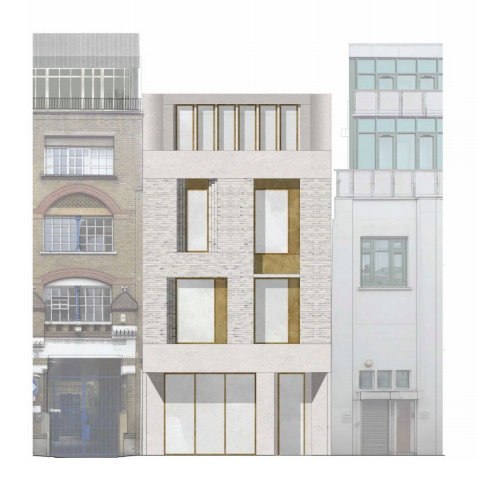 Frontier Estates proposes to demolish the three-storey bakery building at 176-178 Bermondsey Street and build a four-storey block designed by Hall McKnight on the narrow eight-metre-wide plot.

The proposed development includes a 125-cover restaurant on the ground floor, the excavation of a new basement for a bar and kitchen, and a total of seven hotel rooms on the upper floors.

A Bermondsey Street fixture for at least three decades, Ticino's wholesale bakery played a key role in introducing Italian breads such as ciabatta to Londoners.

One of the council's design and conservation officers told the sub-committee that the bakery is "not one of the stand-out buildings" of the conservation area and "does not have any particular heritage significance".

Russell Gray of the Bermondsey Village Action Group addressed the meeting to argue that the site could have been redeveloped behind the existing frontage, and that the proposed basement excavation would not be feasible to build.

Neighbour Julie Bates also raised concerns about the basement and criticised the scheme for its impact on the light and amenity of those living in the adjoining Gemini House.

Architect Ian McKnight told councillors he was presenting a "sensible" proposal for a very constrained site that took cues from the industrial buildings typical of Bermondsey Street.

Planning consultant Graham Allison of Montagu Evans dismissed claims that the restaurant would be taken by a large chain, pointing out the hotel with its seven bedrooms "lends itself to an independent operator".

Questioned by councillors, he described the scheme as "a niche proposal aimed at a nice sector of the market".

Ward councillor Damian O'Brien underlined the representations made by the objectors and urged councillors – if minded to approve the scheme – to add conditions to mitigate the impact of the development on nearby residents.

Cllr Leo Pollak, chair of the sub-committee, said that he believed that the proposed building would be a suitable addition to the conservation area.

Councillors voted to approve the application by five to two.