Planning minister Greg Clark has signalled that the Government's new National Planning Policy Framework, which took effect this week, will protect businesses whose future operations might be put at risk by new developments alongside their premises. 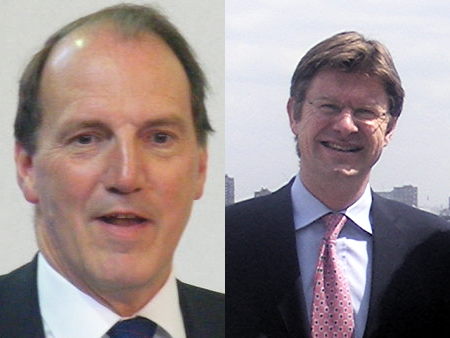 Bermondsey and Old Southwark Lib Dem MP Simon Hughes, speaking in the Commons on Tuesday, praised the planning minister Greg Clark for his "constructive listening approach" to comments on the draft NPPF.

Mr Hughes asked the minister: "Has he been able to support existing lawful business against objections by more recently arrived residents who seem to think that they should be able to dominate the local community to the detriment of economic activity, employment and jobs?"

Mr Clark replied: "It is a reasonable expectation that if a business has located in an area and traded successfully, it ought to be able to continue in its line of work, especially if it is creating jobs and is part of the local scene. The new framework provides protection for businesses to continue in their trade."

Paragraph 123 of the NPPF says: "Planning policies and decisions should aim to: ... recognise that development will often create some noise and existing businesses wanting to develop in continuance of their business should not have unreasonable restrictions put on them because of changes in nearby land uses since they were established".

The issue goes to the heart of the controversy about the proposed development of a 41-storey residential tower on the Eileen House site in Newington Causeway, a few yards away from the Ministry of Sound nightclub.

The club claims that an influx of new neighbours will put its 24-hour licence at risk – an assertion hotly contested by developers Oakmayne who insist that the club and the homes can coexist.

A final decision on the scheme will be taken this year by whoever wins the London mayoral election. Labour candidate Ken Livingstone and Lib Dem contender Brian Paddick have both signalled their support for the Ministry of Sound.

In May 2011 Mr Hughes used a Commons speech to condemn those who move to an area and complain about existing noises.

He said that "...often, an existing occupier of land who is acting perfectly properly and within planning permission, such as a bakery, a print works or another business, is challenged by people who move in nearby – often it is residential occupiers, who in my constituency will have paid quite a large price for their property – who complain about the activity that was known to happen there when they moved in.

"People who had moved into Bermondsey Street alongside the Ticino bakery, which has been there for decades, if not centuries, complained that there was a noise at 4 o'clock in the morning because people were baking bread. That complaint is completely unacceptable.

"People who had moved in opposite the printworks on Surrey Docks complained that vans came in and out in the middle of the night to deliver newspapers. That is not altogether surprising and is absolutely obvious. That complaint is therefore unacceptable. I could go on.

"I want it to be clear that caveat emptor – or caveat mover-in – is the principle that we should apply. The important point is that such unacceptable complaints threaten businesses.

"They threaten the livelihood of the farmer, the baker, the printworks or the night club. My constituency is regularly afflicted by people who think that they have a right to complain, even though they are the Johnny or Joanna-come-lately."

• The Ministry of Sound was the largest single donor to the Liberal Democrats in the final quarter of 2011, giving nearly £150,000 to party funds.