The yellow amphibious vehicles which are a familiar sight on the South Bank and on the River Thames are to disappear due to works on the 'super sewer' project at Albert Embankment. 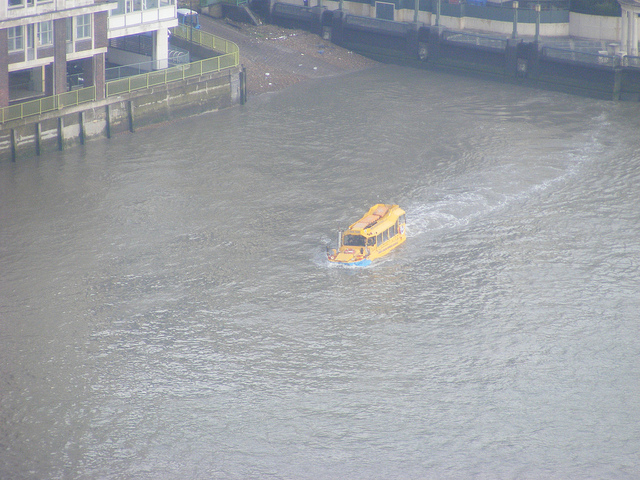 London Duck Tours relies on access to a slipway known as Lacks Dock next to the MI6 building on Albert Embankment, near Vauxhall Cross.

The location – owned by the Duchy of Cornwall – is one of the key work sites for the massive 'super sewer' project to clean up the river's water quality.

The tour company has announced that Thames Water and Thames Tideway have exercised their statutory rights and given notice to acquire LDT's lease from the Duchy of Cornwall on 18 September and as a result London Duck Tours' current business of carrying fare paying passengers on the River Thames will cease.

"18th September will be a very sad day for the company, which was going from strength to strength, but it was vital not to delay construction of this much needed infrastructure project," said managing director John Bigos.

"Tourists worldwide and Londoners will surely miss our iconic bright yellow DUKWs travelling around town. They have become a landmark in their own right.

"I would like to thank our staff many of whom have been with LDT from the start and the 1.8 million passengers that have travelled on a London Duck Tour."