Speaking in Southwark on Thursday night, Commonwealth secretary general Baroness Patricia Scotland made an impassioned plea for people to work ceaselessly for the restoration of the island of Barbuda, 95 per cent devastated by Hurricane Irma. 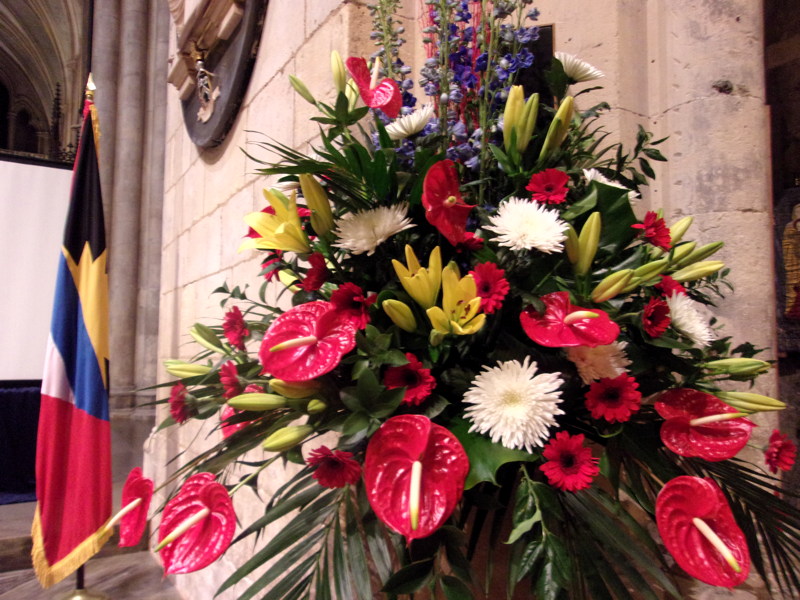 At a service to give thanks for the deliverance of the peoples of Antigua and Barbuda at Southwark Cathedral on Thursday evening Baroness Scotland recalled the major devastation experienced by six Commonwealth countries so far this year: Sri Lanka, India, Pakistan, Bangladesh, Sierra Leone and now Barbuda.

She spoke of the existential threat from climate change to the Caribbean islands and called on everyone to make addressing climate change part of their way of life.

Fortunately the storm diverted without too much damage to Antigua, which has quickly been able to return to normal life.

In the aftermath of Irma many travel firms, airlines and shipping companies are assisting the rebuilding of Barbuda in kind. A Rebuild Barbuda Appeal Fund has been launched through the Ascension Trust, founded by Antiguan-born Les Isaac, an ecumenical canon of Southwark Cathedral who was present.

The Dean of Southwark the Very Revd Andrew Nunn, welcomed many of the diaspora of Antigua and Barbuda from London and beyond. The service was also attended by High Commissioner H E Karen-Mae Hill and Mayor of Southwark Cllr Charlie Smith. The Rt Revd Christopher Chessun, Bishop of Southwark, gave the blessing.