Westminster wants to park its rubbish trucks in Southwark

The City of Westminster has applied for planning permission to turn the former bus garage in Mandela Way into a depot for up to 70 waste collection and street cleaning vehicles. 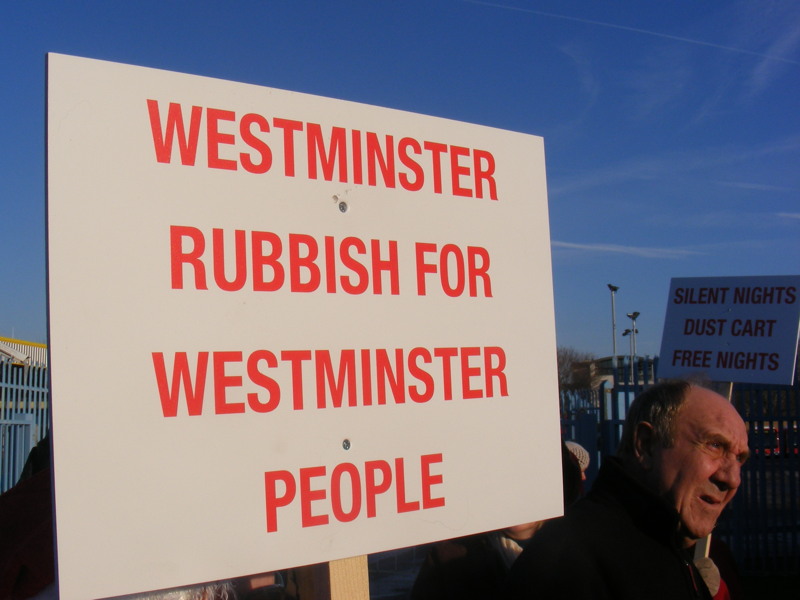 In 2009 a similar proposal by Westminster council to park its dustcarts on Mandela Way drew strong opposition from Bermondsey residents, including a protest outside the site

Go-Ahead London closed its Mandela Way bus garage at the end of July, blaming its landlord Westminster City Council for not renewing its lease.

Now Westminster Council is proposing to lease part of the premises to its waste and recycling company Veolia who will park around 55 dustcarts and street cleaning vehicles on the site.

If approved, the new depot will operate 24 hours a day and will have 155 staff.

In the two hours before 7am, 20 dustcarts an hour would leave Mandela Way via Dunton Road and make their way to the City of Westminster via Old Kent Road, New Kent Road, Elephant & Castle, St George's Road, Lambeth Road and Lambeth Bridge.

Vehicles would return to the site via the SELCHP incinerator near Milwall FC's New Den stadium.

Eight years ago nearly 1,200 people signed a petition against the City of Westminster's near identical proposal to park its refuse trucks at the same site in Mandela Way.

Southwark's planning committee resolved to grant permission but Westminster eventually withdrew the application before the formal decision notice was issued.

For more information on the latest planning application see 17/AP/3883 on the Southwark planning database.