Members of Southwark's planning committee are to make a site visit to Mandela Way before deciding on an application by Westminster Council to create a new depot for 70 refuse vehicles. 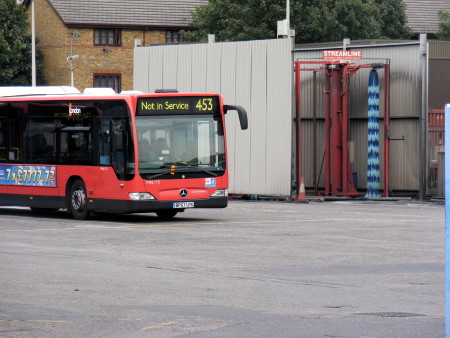 Westminster City Council wants to park 50 dustcarts and 20 other street cleaning vehicles at the depot in Mandela Way. The site is currently a bus garage run by the Go-Ahead Group's London General subsidiary.

Southwark Council's planning committee was due to consider the application last week but councillors wanted to see the site with their own eyes before reaching a decision.

The council has received more than 50 objections from local residents concerned about smells, noise and traffic congestion relating to the site which sits between Willow Walk and Mandela Way.

1180 people signed a petition calling on the council to refuse the application.

The Go-Ahead Group has also objected to the planning application as it wishes to continue to operate buses from the garage.

Cllr James Barber, who is the council's 'cycling champion', has registered an objection to the proposal.

Council leader Nick Stanton refused to be drawn on the controversy when asked for his view by South Bermondsey ward councillor Ade Lasaki at the cross-party overview and scrutiny committee on Monday night.

Cllr Stanton contrasted Westminster's need to house its refuse vehicles outside its borders with Southwark's plans for a new integrated waste management centre on the old gasworks site off the Old Kent Road which were approved last week.

"I think it's to Southwark's credit that we woke up early to the problem about rubbish, which isn't a glamourous issue, but unless we had taken the action that we did to identify the need for a bigger site, to go out and get the PFI credits, the amount of money that we'd be spending now on landfill tax would be high and escalating.

"We are taking responsibility within Southwark for dealing with our own waste."