Planners have approved the demolition of part of the wall of the former Bricklayers Arms railway goods depot in response to safety fears. 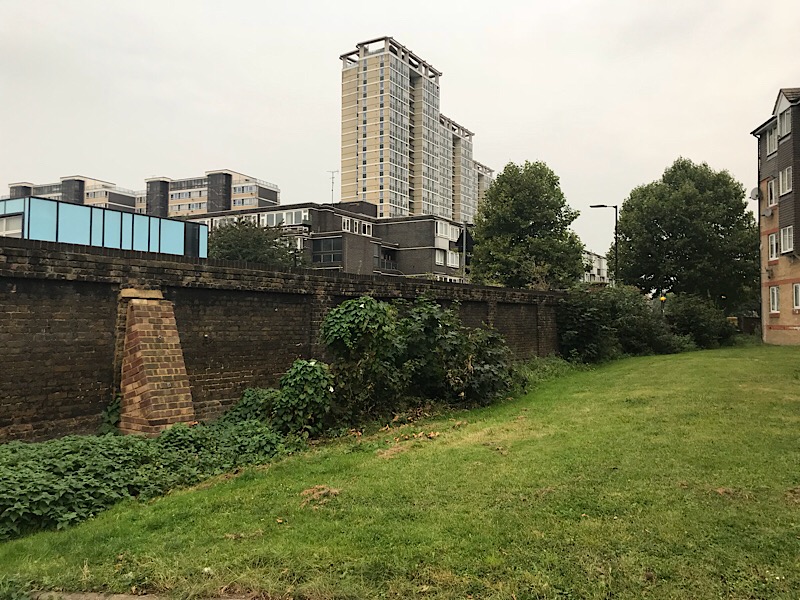 Last September we reported that Notting Hill Housing had applied to Southwark Council for permission to replace part of the historic brick wall on the northern side of Rolls Road with a wooden fence and concrete posts.

The Victorian wall was retained when the former railway goods yard was redeveloped for housing in the 1980s.

In 2016 the council registered a section of the wall opposite Phoenix Primary School as a 'potentially dangerous structure' and served Notting Hill Housing with a 'notification of defect'.

Plans for the new wooden fence have been approved by Southwark planning officers despite three objections.

"The surrounding vicinity to the application site is a rather unremarkable area that has no listed structures or designated heritage assets," wrote case officer Troy Davies.

"The existing wall is a historic feature – the historic maps show it to align with the edge of a railway yard that existed in the area in the 19th century.

"The wall is constructed in brick and is in poor condition – beyond repair and in parts, unsafe.

"Whilst the proposed materials would represent a departure from the existing brick boundary wall, it is not a sustainable reason for refusal given that the wall is not a designated heritage asset."

Further sections of the boundary wall of the former Bricklayers Arms Goods Depot remain in situ along the rest of Rolls Road and are unaffected by this planning application.